Throw in is at 7pm tomorrow at St Conleth's Park 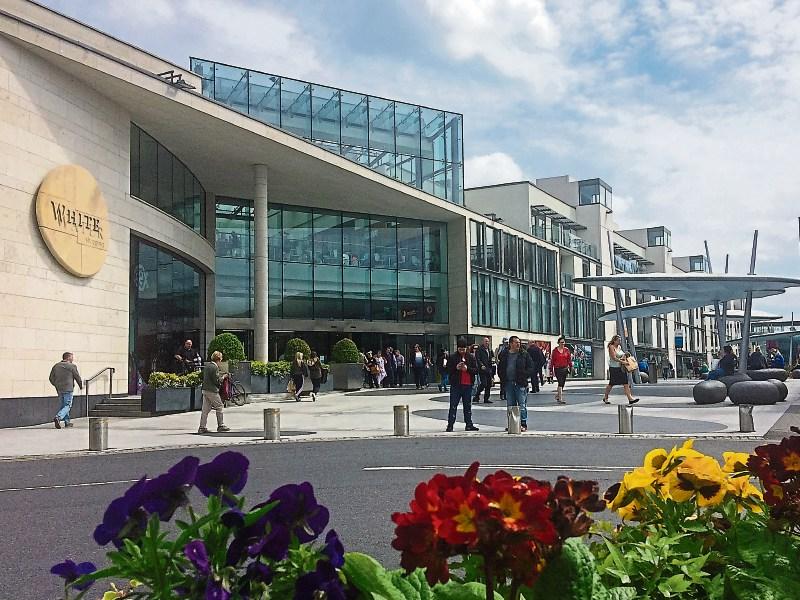 A major traffic management plan is in place for the Kildare V Mayo qualifer in St Conleth's Park in Newbridge tomorrow evening.

The Whitewater Shopping Centre in Newbridge has announced it will have free parking from 5pm tomorrow to facilitate supporters while parking will also be available at Pfizer and Newbridge College.

SEE ALSO: Kildare get their way as Croke Park caves in and match set for Newbridge on Saturday evening

With just a little over 8,000 tickets available for the game, there are no tickets for general sale.

It is understood that season tickets holders, members of Club Kildare and relevant bodies in Mayo are being accommodated as much as is feasable with remaining tickets allocated to the clubs.

Club Kildare members picked up their tickets from Hawkfield last night. Newbridge has never been in the spotlight more than it was over the past week with the slogan 'Newbridge or Nowhere' taking hold across the country. Even the popular Gift Grub got in on the act on Today FM as Kildare GAA won it's fight to retain its home game at Newbridge instead of Croke Park.

A large crowd is expected in Newbridge and throw in is at 7pm.

All match traffic attending are advised to use the following routes:

Any traffic travelling from the M1, N2, N3 and N4 can travel via the M50 to the N7 (Dublin / Limerick Road). Traffic will travel from the N7 (Exit 12) onto Ballymany Roundabouts from there to designated parking under direction of Gardai on Point Duty.

Any traffic travelling from the South East (N9, N78, N80, and M9) are advised to travel via the Carlow or Athy routes through Kilcullen to Newbridge onto Ballymany roundabouts from there to designated parking.

Any traffic travelling from the South / South West are advised to travel via the N8, N7, M7 turning off at Newbridge exit (Exit 12) from there follow Garda direction to designated parking.

Any traffic travelling from travelling from South East are advised to travel via the N81 (Tullow / Blessington Rd) through Ballymore Eustace (R411) to Kilcullen onto Newbridge and the follow direction signage to designated parking.

Any match going traffic approaching Newbridge from the West and North of County Kildare, are advised to enter Newbridge along the (R445 Naas road) will be diverted into free parking spaces at Pfizer Pharmaceuticals, or Newbridge College Sports grounds (an 8-minutes’ walk from the grounds) under direction of Gardai on point duty.

The car park adjacent to St Conleths Park will be closed to parking as it will be used as pre-ticket checking area, and containment area. Parking within the immediate area of St Conleths Park is limited in public areas.

Parking is strictly prohibited on Liffey View, and Liffey Terrace Road Newbridge, (In use as a sterile Emergency Route).

Parking on footpaths along Athgarvan Road is prohibited.

Parking on the footpath where such parking obstructs the free movement of pedestrians is prohibited and offenders will be prosecuted and towed away if necessary.

Parking is available at the following locations:

READ MORE: Check out the top ten most entertaining tweets and Facebook posts on the Kildare GAA standoff

SEE ALSO: Tommy Callaghan's view: Kildare v Mayo: lessons must be learned and taken on board