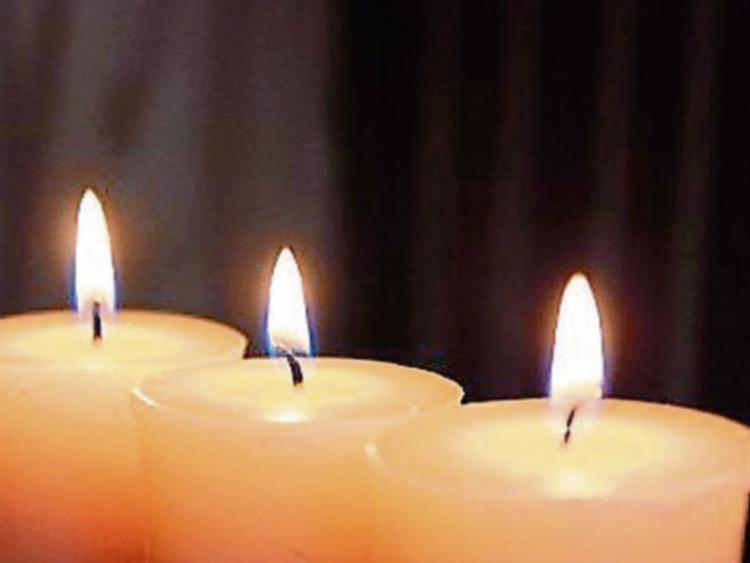 September 14 2019, peacefully in the loving care of the staff of Parke House Nursing Home, Kilcock, beloved wife of the late Ned (Edward) and sister of the late Leo, Liam, Seán & Marie, deeply regretted by her loving daughter Marie, son William, son-in-law José, daughter-in-law Noreen, sister Elizabeth, nephews, nieces, relatives and friends. Reposing at her daughter Marie's residence (W23W5C6) on Monday from 4-8pm, with prayers at 7pm. Removal on Tuesday at 10.30am to arrive at St. Mary's Church, Maynooth for 11am Funeral Mass, followed by burial in Laraghbryan Cemetery.

September 14 2019, Peacefully after a short illness at Naas General Hospital. Pre deceased by her parents John and Anne. Deeply regretted by her loving brothers Paul, John and Noel, sister Kathleen, sisters-in-law, brother-in-law, nieces, nephews, grandnieces, grandnephew, relatives, all her carers at Rostigue, Monasterevin, and friends. Reposing at her home in Rostigue, Monasterevin (W34 KD98), on Sunday from 7pm until 9pm. Reposing on Monday at O'Reilly's Funeral Home, Harbour Street, Tullamore (R35 FC84), from 5pm until Removal at 6.30pm to the Church of the Assumption, Tullamore. Requiem Mass on Tuesday morning at 10am followed by Burial after Mass in Clonminch Cemetery, Tullamore.