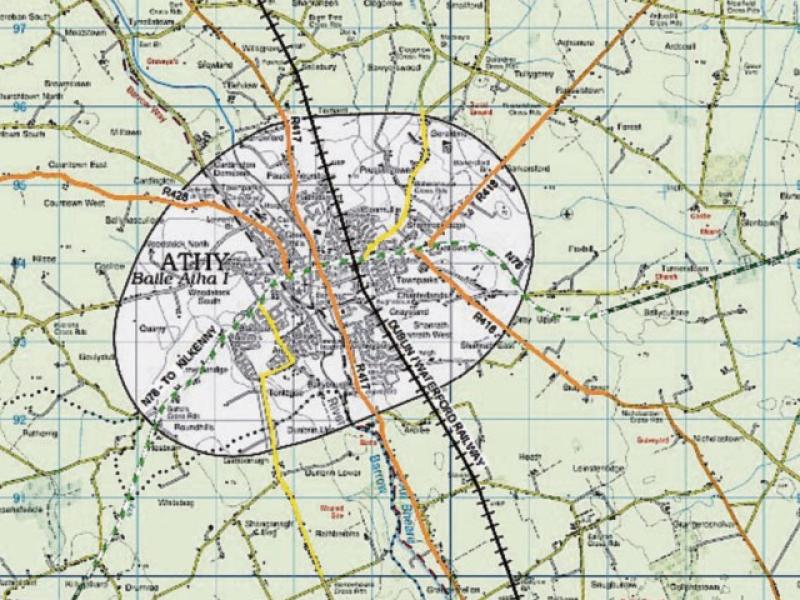 A long-awaited Distributor Road Main Works Contract has been awarded to the ring road in the town of Athy.

The news was confirmed by BAM Civil, who has been successful with their tender for the project.

Minister of State at the Department of Agriculture, Food and the Marine Martin Heydon is among a number of politicians who have welcomed the news of the ring road.

Last month, Minister Heydon had said that work on the Athy ring road would start soon'

He said that the awarding of the contract for the Athy Southern Distributor Route is a very positive development for Athy and South Kildare.

Minister Heydon elaborated: "Kildare County Council are currently preparing contract papers for signing in the coming weeks. Upon completion of these contracts BAM will take possession of the land and commence works, most likely in November."

"This project has been a priority for me and my colleague Cllr Ivan Keatley throughout our time as public representatives for the area and it is crucial for South Kildare to now see it being delivered."

He concluded: "The people of Athy have waited decades for this road to go to construction, but now the wait is only weeks away and this much anticipated road can’t come quick enough for the people and businesses of Athy."

Labour Senator Mark Wall also weighed in on the news, saying that he will continue to work with Cllrs Aoife Breslin and Mark Leigh on the project.

"Work is due to commence in the coming weeks; this is another positive step forward on a much needed road that will shape the future of Athy," he said.

"Athy is fighting back to make itself the jewel in the Crown of Kildare towns once again, and this project is so important in that fight."

Fianna Fáil Senator Fiona O' Loughlin also commented on the news on her official Facebook page, where she said: "This project is vital for Athy and the surrounding areas, and providing adequate traffic management and infrastructure is something I have continuously championed and I am glad to be see this project moving forward."

Work on the ring road is set to commence in a number of weeks.

It is understood that the route is being designed to funnel chronic traffic congestion out of the town centre, was first pitched in the 1970s, but it was mooted.

The total cost of the ring road is estimated to be around €30 million.

BAM Civil Ltd (formerly known as Ascon) was established in 1958 and is based in Kill, Co. Kildare, is the largest civil
engineering and public works contractor in Ireland.

Recent projects delivered by the company include the N25 New Ross Bypass and the Rose Fitzgerald Kennedy Bridge.

Fears that ‘teens will be teens’ at risky road, says Mayor of Kildare