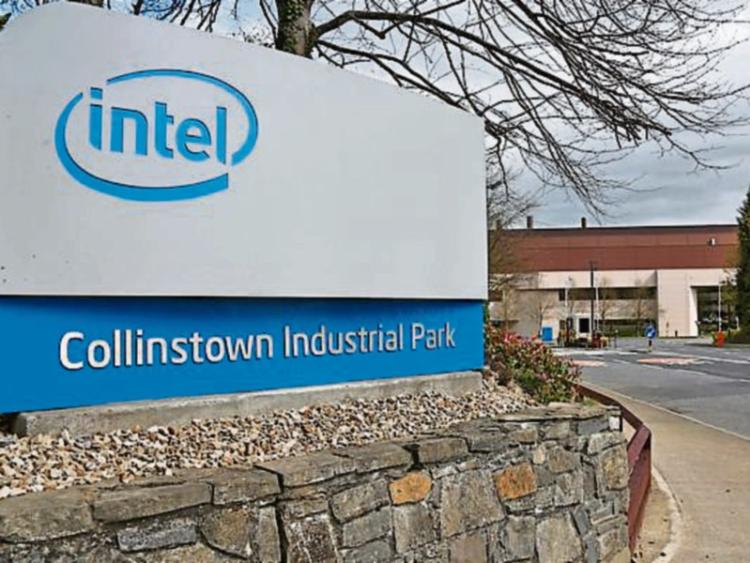 Major assets in Ireland and more on the way

Almost 7% of the total plant and property assets of Intel Corporation was  located in Ireland at the end of last year, according to its annual financial return for the year to December 28, 2019.

The company has a total of $55.38 billion (bn) in property and plant assets.

The main proportion is in the USA, $35.3 billion, followed by Israel, $8.46bn, and China $5.31bn, according to its 10K return to the United States Securities and Exchange Commission.

In November, Bord Pleanala granted permission for a new $4bn (€3.63bn)plant at Leixlip.

Three year before it got permission for another  development valued at $4bn, representing a $8bn investment.

The company says it has invested $12.5 billion on its site at Leixlip since its arrival in  the late 1980’s.

The most recent Intel Ireland proposal is facing a legal challenge from local farmer, Thomas Reid.

It’s income before tax was $24bn and it made a provision for tax of $3bn, which represents 4.2% of net revenue.

In a note, it said that in Q4 2017 it recognized a $5.4bn higher income tax as a result of one time impacts from tax reform.

In 2018, it said, its effective tax rate benefitted from the reduction of the US statutory federal tax.

Its effective tax rate from non US income is taxed at different rates primarily from operations in China, Hong Kong, Ireland and Israel.

The statutory rates in these jurisdictions ranged from 12.5% to 25%.

It also said it was subject to reduced tax rates in China and Israel as long as it conducts certain eligible activities and make certain capital investments.

It said these conditional reduced tax rates expire at various dates through to 2026 and it expected to apply for renewals upon when they expire.

It spent $280 million on employee severance programmes in 2019.

Intel also reported that its three largest customers, Dell Inc, Lenovo Group and HP Inc accounted for 41% of its net revenue in 2019.