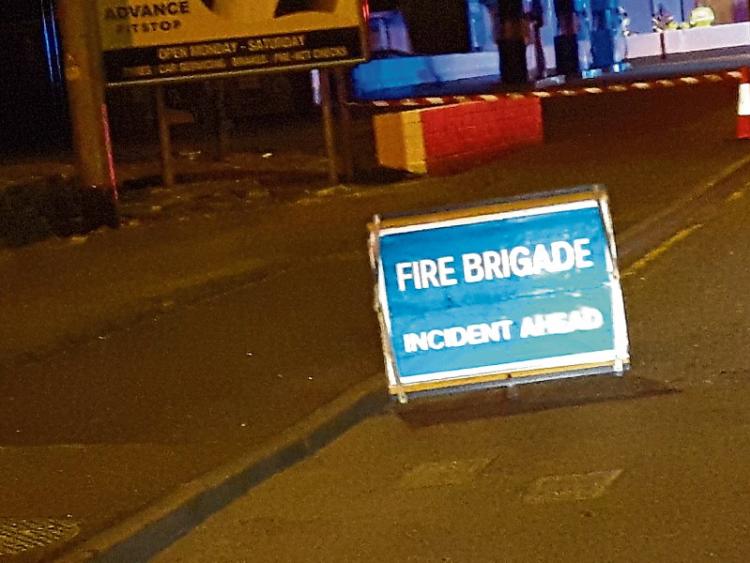 Gardai in Naas are tonight investigating the circumstances of a bizarre car accident close to the town centre.

It happened on the Kilcullen Road adjacent to the entrance to the Maxol filling station.

A 2005 registered pale blue/silver Mercedes apparently struck an electricity pole, causing the wooden structure to partially break about eight feet from the ground. At least one of the vehicle wheels mounted the footpath. It appears that the car was being driven towards the town at the time.

The front of the vehicle was extensively damaged, though the windscreen was intact and it was apparent that the air bag had deployed.

The accident happened some time before 10pm and it appears that only one vehicle was involved.

An ambulance was quickly on the scene as were two fire engines and three garda cars. Gardai at the scene asked onlookers who had gathered if they had seen a man wearing a yellow t-shirt and about six feet tall in the area around that time.

A 50 metre long section of the Kilcullen Road was closed off for at least an hour and firemen implemented a one way traffic system.