Kildare cyclist performing against the best in Europe

JB Murphy among the best at u23 level, while still a teenager 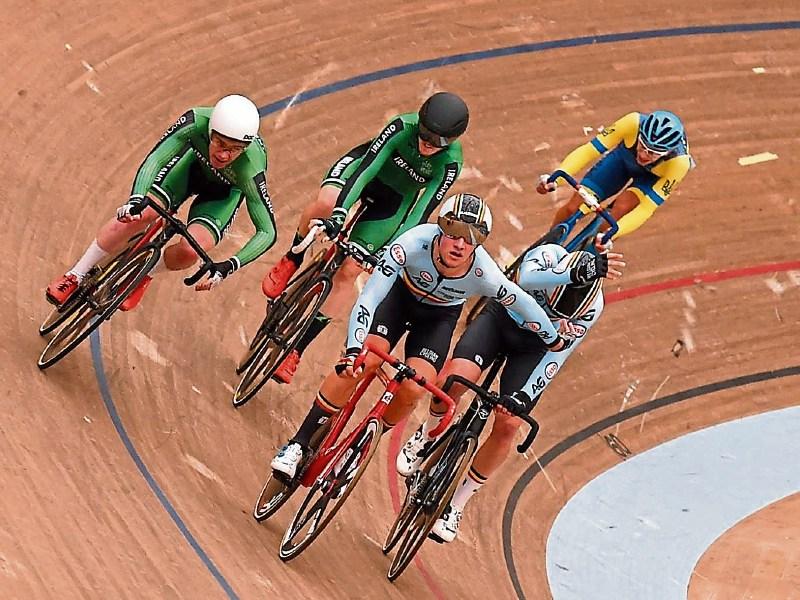 JB, far left, takes on the Belgians in the Madison with his partner Fintan Ryan.

Athgarvan man JB Murphy, an up and coming cyclist, was active in the U23 European track cycling championships in recent weeks and placed highly for a someone who will remain in that age category for several years to come.

The championships, held in  Aigle, Switzerland, featured the best young talent in Europe.

In the elimination race (where riders have to sprint every few laps and the last placed rider in each sprint is eliminated until only one is left), he finished 14th.

JB, a Kilcullen Cycling Club man, rode the Madison with his partner Fintan Ryan from Wicklow and the pair finished fifth, ahead of many of the bigger European nations. 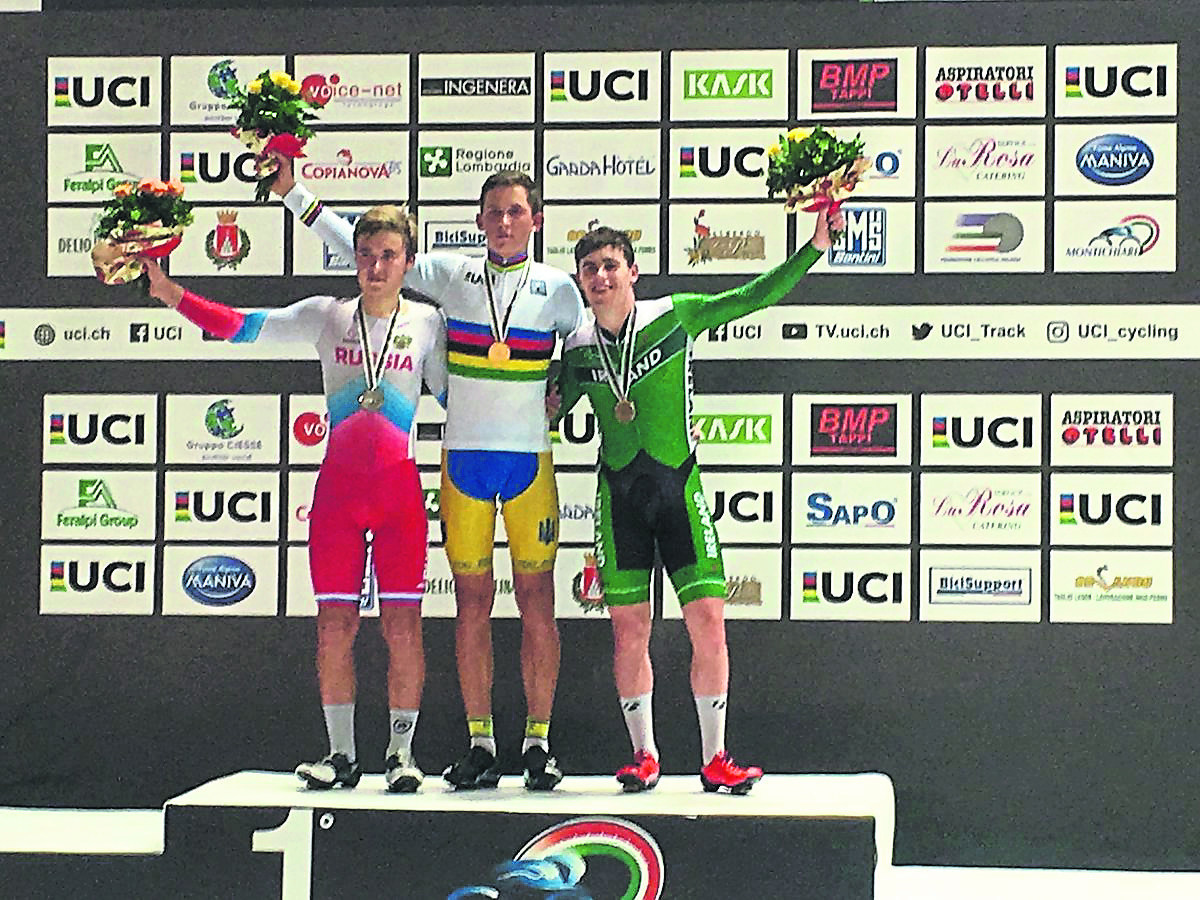 JB has tasted success in the World Track Championships before.

The madison involves the pair of riders competing to complete more laps of the course than any other in a certain time frame. While one rider competes the other circles the track slowly before being ‘slingshot’ back into competition by his competitor.

It is perhaps his ninth place finish in the omnium that gives the greatest cause for hope for the future because it involves six different events where riders accumulate points across all of the various races.

Success in the omnium depends on consistency, stamina and flexibility as well, obviously, as strength and athletic ability.

The six events are the Scratch race (a straight forward race), the individual pursuit (two riders start at either side of the track), the Elimination Race, a timetrial, a flying lap (essentially a time trial except that the rider does not start from a standing start. They build up speed over previous laps before going for it) and a points race, where there is a sprint every few laps and riders build up points according to their finishing position in each.

Speaking to the Leinster Leader he said it was “great personal achievement for myself, as this was my first competitive omnium event in the Irish colours at this level”.

JB is home in Athgarvan at the moment, but is normally based with the Irish track team training camp in Mallorca (where they have access to a Velodrome, something not available yet in Ireland).

“We have many races planned ahead at the track season which is now kicking off,” he explained.

Read more: Caroline Ryan: a lady in a hurry

Mr Murphy has tasted success at the upper echelons of track cycling before. In July 2017, he won a silver medal at European Track Cycling Championships and a bronze in the World Junior Track Championships in Milan a month later.

To put it all in context, when he won the first silver medal it was only his very first race on the track, and only four weeks after he had ever set foot in a velodrome.