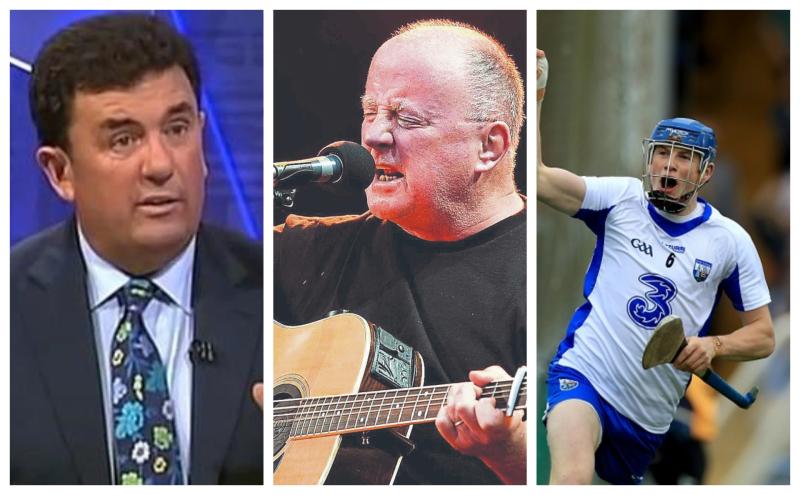 Some of the big names supporting the Lilywhites

Couldn’t agree anymore with @KildareGAA standing up for themselves and their rights!! They are demanding the respect every team deserves no matter if they in division 1/2/3/4! The GAA are really not helping themselves money grabbing like this AGAIN!! #NewbridgeOrNowhere

Fair play to Cian O' Neill. Giving the gaa no choice but to refix the game for Newbridge. Its a sad day for the organisation. Same craic with all the concerts making bits of the pitches and nobody at the top table cares once the bank balance is building. #GAA #NEWBRIDGEORNOWHERE

I don't particularly care for football. But I do stand with the Kildare footballers. They should be allowed play their home game in their home ground.Anyway it's a disgrace having 2 football games scheduled for Croke Park on the eve of the Leinster Final #NewbridgeOrNoWhere #Gaa

Proud of my County Board this evening. I can’t help but feel that the attempt by @officialgaa CCCC to try to disregard their own rules was influenced by Sky Sports desire to have a double header in Croker. @KildareGAA #NEWBRIDGEORNOWHERE https://t.co/DzD4mJECHD

If Mayo were to lose at the weekend then I’d rather it were in Newbridge and I have to agree with Kildare GAA and their position here.. #NewbridgeOrNowhere #gaa https://t.co/yOuxhrbai2

Kildare were due to have home advantage in the clash, but the CCCC fixed it for 7pm on Saturday evening in Croke Park, to be played after the Tyrone-Cavan clash, citing capacity concerns in Newbridge.

Cian O'Neill appeared on RTÉ Six One News last night with strong words for the GAA; "We were pulled out first against another Division 1 team who we played in the league this year at St Conleth's Park. That is exactly where we are going to be on Saturday night. We will be in St Conleth's Park, we will be togged out and we will be ready to go."

Meanwhile, a press conference called by O'Neill earlier today has been cancelled.

SEE ALSO: Qualifiers: Pressure to move out of Newbridge should be resisted come what may