BREAKING: Over €269,000 in cash seized by gardaí near Kildare-Dublin border 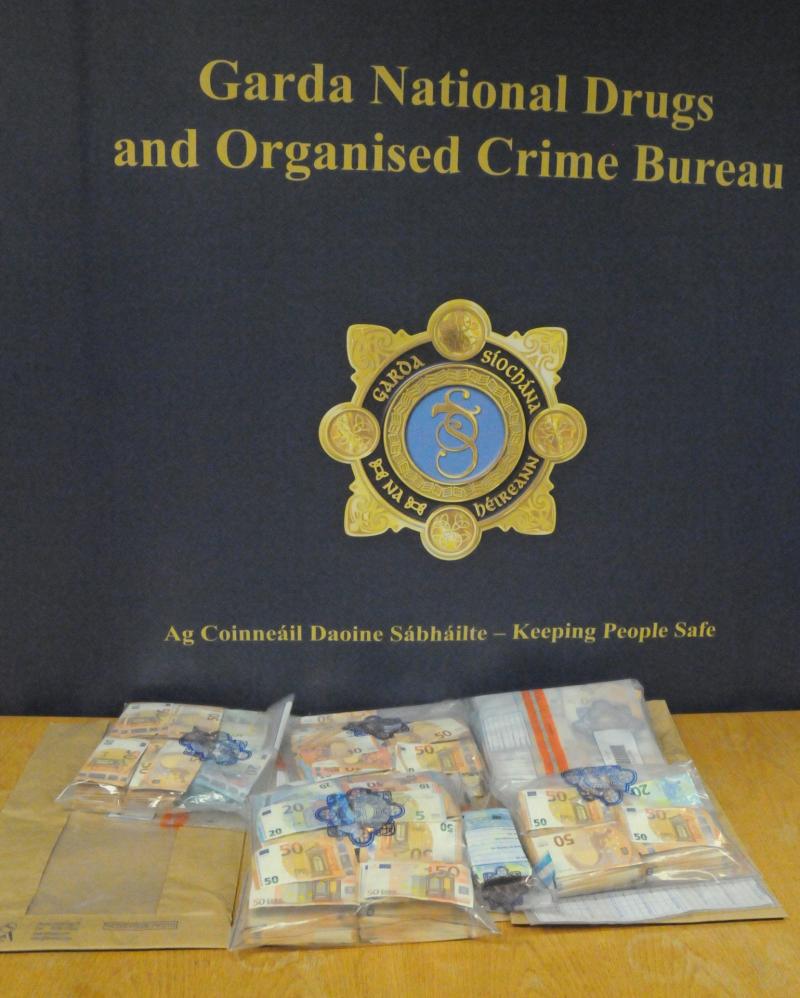 The search took place under Operation Tara. Pic supplied by An Garda Síochana

Over €269,000 in cash has been seized by Garda National Drugs and Organised Crime Bureau (GNDOCB) near the Kildare-Dublin border.

The search, under Operation Tara, is part of an ongoing investigation being conducted by the GNDOCB into transnational organised crime activity.

A residential premises was searched in Newcastle, Dublin 22 which led to the seizure of €269,280 in cash.

The cash was seized along with a vacuum packing machine and several communication devices.

A man, aged in his 30s, was arrested on suspicion of enhancing/facilitating an organised crime group to commit a serious offence contrary to Section 72 of Criminal Justice Act 2006.

The man is currently detained under Section 50 of Criminal Justice Act, 2007, at Clondalkin Garda Station, Dublin.