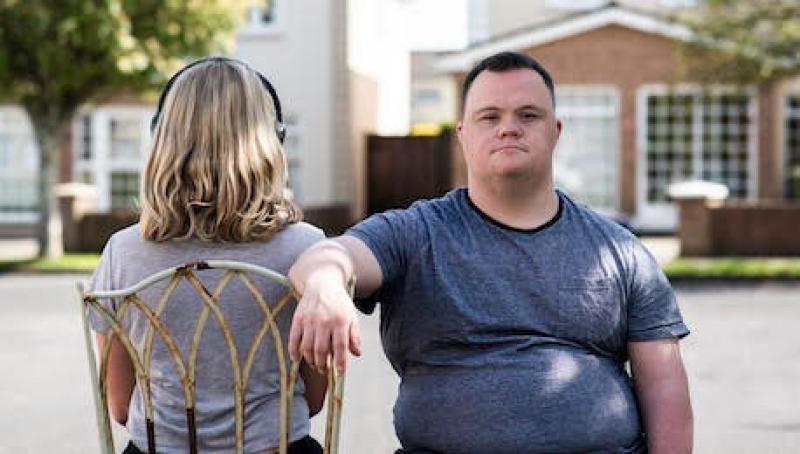 Mark Smith will be working with friend and collaborator Aisling Byrne for his new stage show. Pic Supplied.

At 40 years old, Maynooth actor and Down Syndrome activist Mark Smith is showing no signs of slowing down.

Case in point: the re-emergence of his autobiographical stage show, Making a Mark, which originally premiered at the Fringe Festival in 2019. 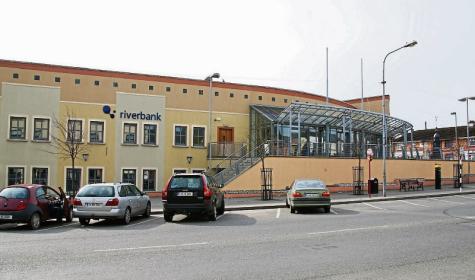 Making a Mark will visit the Riverbank Arts Centre on April 1 and 2.

It will then continue touring nationwide until May 7 next.

‘A MEANINGFUL CAREER’
Acting runs in Mark’s family: his cousin Ben Morris is an actor who is starring in the West End production of the musical Waitress.

Even then, Mark hit the ground running at just seven years of age, and attended speech and drama classes all through primary and secondary school at St Raphael’s in Celbridge.

When he isn’t acting, Mark works at Tesco in Maynooth, where has been employed for 20 years.

One of his most early notable acting roles was as King Lear in 2016, where he explained that he was inspired by Harry Potter to visualise the demons plaguing Lear as literal demons, modelled after the Dementors in the books and films. 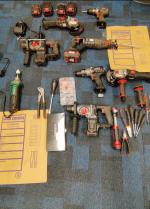 A STRONG FRIENDSHIP
Working closely with Mark these days is Aisling Byrne of Run of the Mill theatre, who is also one of his closest friends — he even jokingly compared them to Jackson and Ally from the musical-drama A Star is Born.

Explaining how they met, Mark revealed that he first knew Aisling’s mother, but later met Aisling through an acting programme at St John of Gods.

"When I met Mark and saw him act, it was kind of like an ‘a-ha!’ moment," Aisling added.

Making a Mark is described as being ‘part live interview, part self-led confessional,’ and sees Mark discuss his ambitions, grief and frustration.

Commenting on his upcoming show, Mark explained what he wants to achieve through the play: "I want people to look at this and say to themselves: ‘Oh my God, he can act’... but I also want to inspire people to create opportunities for actors with Down Syndrome."

Aisling added: “What I want people to take away is how inspiring Mark is.

"I think it is important to have representation for those with DS, and to show how rich Mark’s life is… but ultimately, it’s to show the multidimensionality of people, whether they are disabled or not."

Mark hopes to go on tour with his show in the UK, the US and Australia, and has also expressed interest in turning Making a Mark into a film.

In addition, Mark said that the production will feature two songs from two of his favourite musicals, which heavily inspired him: The Phantom of the Opera and Les Misérables.

INSPIRATION
The whole idea to make a play about his life came about after Mark watched an episode of The Late Late Show one night, where he saw HIV activist Robbie Lawlor on talking about a show called Rapids.

The following week, he approached his friend Aisling to ask when she would make a 'play about his life'.

The production was developed over six months in 2018 with the support of the Abbey Theatre’s ‘five-by-five’ programme, and premiered with support from Project Arts Centre in 2019 to a sold out run and several award nominations, including Best Performer and Best Production at that year’s Dublin Fringe Festival.

HIGHS AND LOWS
One huge focal point that influenced the crafting of Making a Mark is the impact the death of his father, Vincent Sr, had on Mark.

The Kildare man explained: "My dad passed away from lung cancer in 1999, just a few months after I won a silver medal for swimming while representing Ireland in the Special Olympics in North Carolina.

Similarly, his brother, Vincent ‘Vinny’ Jr, also passed away last June, and Mark has said that he is determined to convey their spirits in his play, which is also dedicated to their memory.

It is also for this reason that Mark issued the following advice to those attending: "Make sure to bring your tissues and your tickets!"

Mark also revealed (which came as a surprise to Aisling) that his cousin Ben would also be watching the show via Zoom when it premiered on Friday, March 25.

"I have the best family around me," Mark concluded.