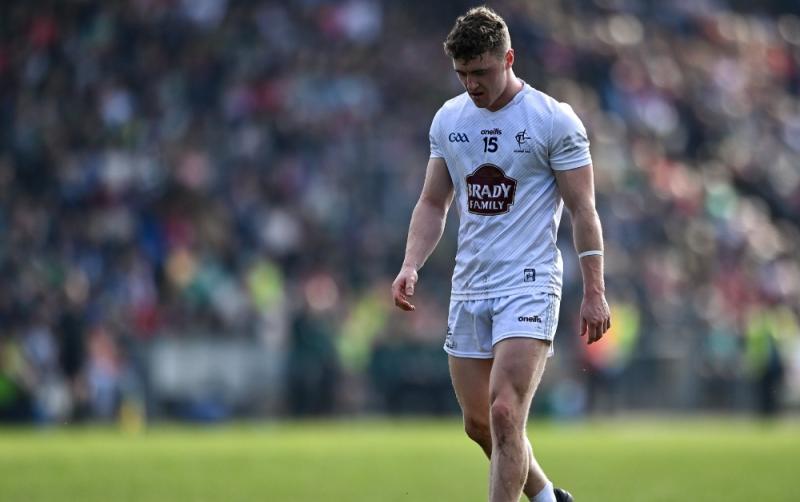 Despite the disappointment of losing to Mayo and subsequently being relegated, Kildare manager, Glenn Ryan, met the press after the game and immediately said that “if we had been able to look after our own display we would not have to be worried about results but I felt our display in the opening half was good, they got a bit of a run on us in the second half and we really needed a goal and in fairness we never really looked like we would get one.”

The manager, in this his first season in charge of Kildare admitted that the “point scoring from both sides was very good in the opening half” (Kildare did not kick their first wide until nearly 30 minutes in) but “it that was the way the game was played, we knew we had to win the game, it was not' a case of just sitting back and maybe depending on other results.”

The manager admitted that both Mayo goals came as somewhat sucker punches at vital stages of the game but in fairness to Mayo they kicked some great scores in that second half; overall a disappointing day, disappointing performance.”

Asked if he felt Kildare were somewhat loser, defensively, on the day that previous day, his reply was straight to the point:
What did we concede?

And they (Mayo) had a few more goal chances than the goals they scored brought the reply:
“You don't have to ask that question.”

On the question of being relegated and what that means for next season, the manager said “We have a lot of work to do before we get to that (2023 season) but are we better off or worse off because we are in Division 2 in preparation for the Leinster Championship, I don't think so, if we had stayed up we would be in exactly the same position as we prepare for Leinster and that ultimately is what the preparation is, to get us into the best position we can; we are going to have a big game against the winners of Carlow and Louth; we have no time to be feeling sorry for ourselves; there is a lot going on and really we need to pick ourselves and show resolve and get ourselves back to the level we need to be at come the Leinster Championship.”

The manager admitted that while there are positives from the side's overall display, nevertheless it has to be improved on; yes we can improve and I feel there is a lot more there to improve on.”