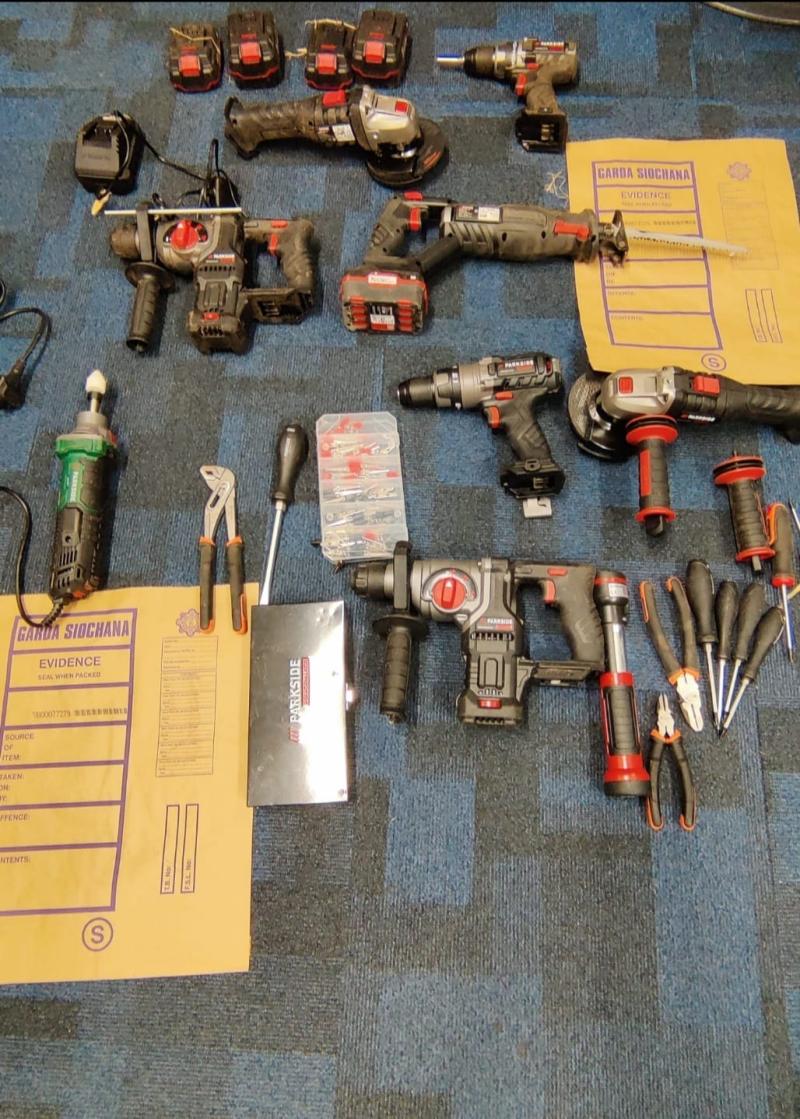 Some of the tools on display / PHOTO: Kildare Garda Division

Kildare Gardai have recovered a number of power tools which are believed to be stolen.

The property was recovered during a planned search in Castledermot last week. 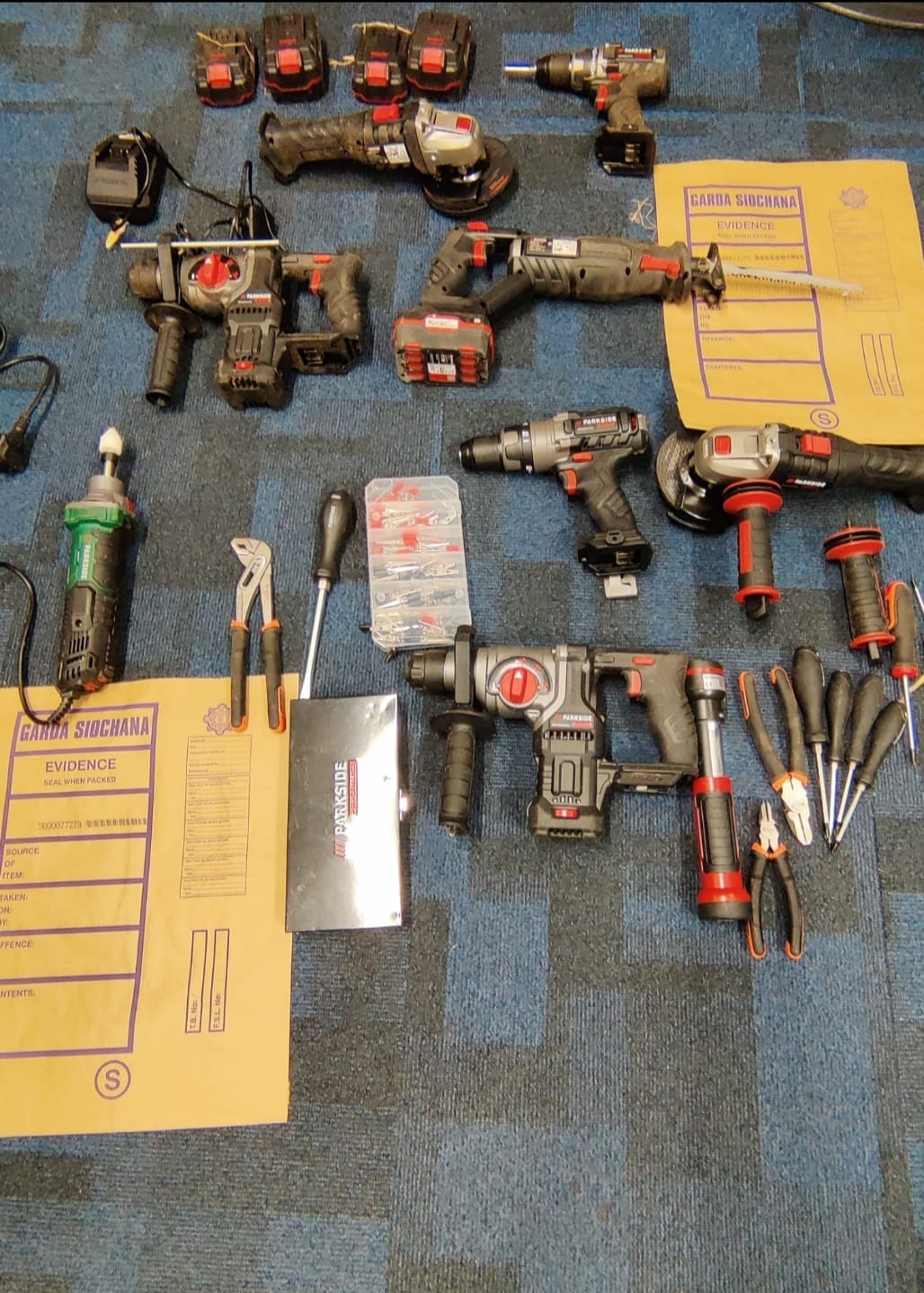 Gardaí said a man in his late 30s have been charged in relation to the incident.

He is due to appear at Athy District Court on April 12 next.