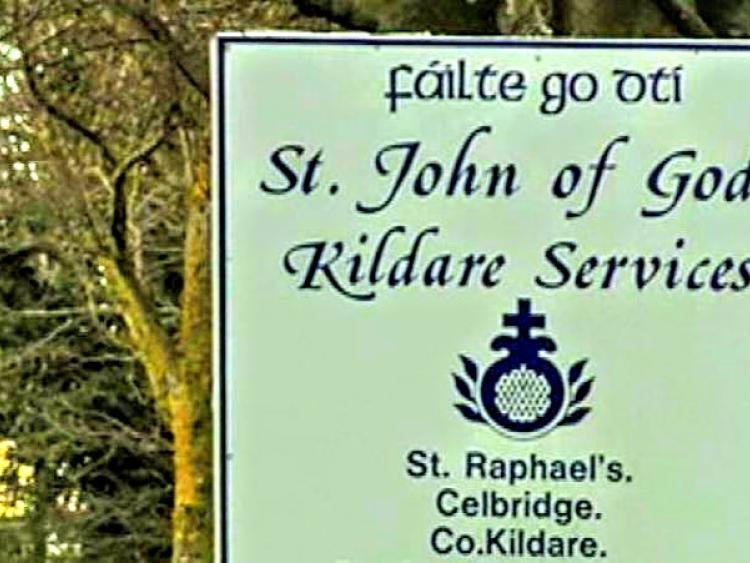 St John of God, which operates in Celbridge, has served a notice of termination of its service arrangement with the Health Service Executive, blaming a protracted underfunding crisis for the decision The organisation, which provides intellectual disability and mental health services, will transfer the operations directly to the HSE over the next 12 months, and cease its involvement in their provision by October 1 next year.

St John of God Community Services provides services to over 8,000 children, adolescents and adults and employs 3000 staff and volunteers in 300 locations across counties Dublin, Kildare, Kerry, Wicklow, Meath and Louth. Over 2,500 of those impacted are in receipt of day, residential and respite services for people with a disability. The Order of St John of God has been providing these services for almost a century.

The former St John of God Kildare Services at St Raphael's in Celbridge was amalgamated into Liffey Services in 2014. According to the organisation, it supports over 850 children and adults with intellectual disabilities providing a range of respite, residential, day services and early services. There are two schools, at Islandbridge and Saint Raphael’s Celbridge, which cater for 165 children with intellectual disabilities.

In a statement this morning, the Chief Executive of St John of God Community Services, Clare Dempsey, said they have been communicating over the past two days with the children and adults supported by the services, their families and staff members, retirees and volunteers to inform them of the "very sad decision that had to be taken due to a protracted and unresolved systemic underfunding crisis that had undermined the organisation for over a decade".

“This is a day we wished would never come but in the face of an intractable funding crisis that has prevailed for over a decade, we simply cannot continue. We have endeavoured to resolve this over the years in talks with the HSE but without success.  In February of this year, we advised the HSE that the extent of the financial crisis was so acute that if the accumulated deficit and current funding requirements were not addressed, we would be left with no option but to serve 12 months’ notice to Terminate the Services Arrangement and transfer responsibility for the entirety of our service provision to them directly.

"In recent weeks we wrote to the Government to alert them to the seriousness of the crisis and the fact that the Board was likely in late September to formally take this decision, in the absence of a firm and unequivocal commitment to address an existing €27 million annual funding gap and the accumulated deficit which stands at €37.7 million at the end of August 2020. We would also point out that this accumulated deficit would stand at almost €54 million but for the Order’s contribution of €16 million over recent years to sustain service provision.

"The step that we have now taken goes against what we want to do and what we have tried to do for almost a century, but we simply can no longer continue in this intolerable situation which has so frequently compromised (despite the best efforts of staff) the services and supports we provide to people. Systemic underfunding has prevented us from implementing the long overdue transition of residents from unacceptable institutional settings into a home in the community; it has forced our reliance on old vehicles and for us to  operate out of dilapidated and unsuitable buildings, while relying on outmoded ICT systems in need of urgent investment.

"We and the service users have endured over a decade of systemic underfunding within our services with persistent gaps in annual allocations and very significant deficits building up on a monthly basis. With each passing day, the interests and the rights of the children, adolescents and adults we support are being forgotten and failed by the inaction of the State”.

In separate letters to service users and their families and to staff members, volunteers and retirees, the Service said it would do everything in its power to manage the smooth transfer of service over the 12-month period and that its priority would be to ensure the least possible disruption in particular to its service users, their families and staff.

There will be no immediate changes in respect of the services as they are currently provided. An early urgent meeting has been sought with the HSE, to begin putting the appropriate transitional arrangements and plans in place for the next 12 months. Notice has also been served on the Health Information and Quality Authority.