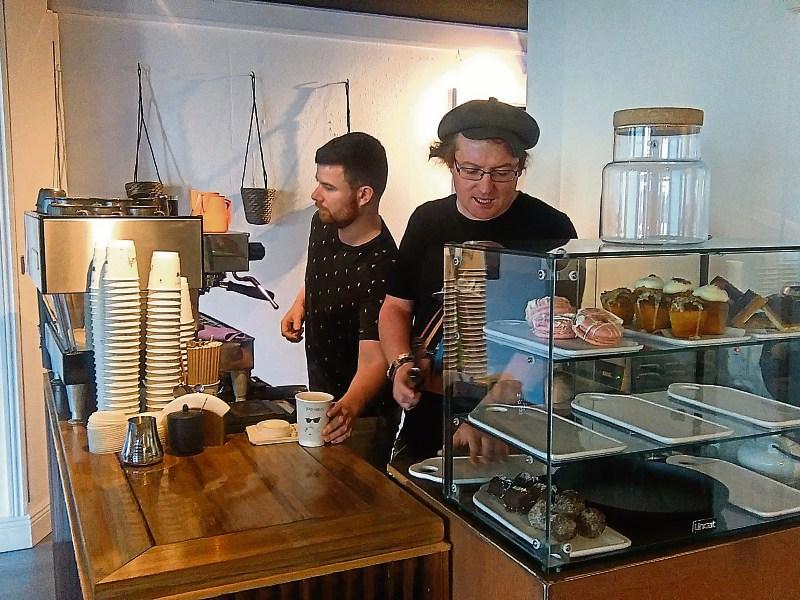 The most recent addition to the menu of coffee shops in Naas arrived today.

Bad Habits is open for business at the town end of Basin Street, around the corner from Daly’s pharmacy.

It’s in the same building which houses Sheila’s hair studio, which is operated by Sheila Murray and is one of the longest established businesses in the area, having opened in 1993.

Bad Habits was launched by Monasterevin woman and pastry chef Emma Spain, who is well known in Newbridge as the proprietor of Ubh, which offers coffee and a wide variety of  home produced food.

The new venture will  be operated by Shane Byrne and Colm Brown serving just brewed coffee and freshly produced home made fare like soup, scones, cakes, sandwiches and rolls.

Separately, a new coffee shop looks set to open as Anna and Jazzy’s at New Row, beside the Indie Spice restaurant.

READ ALSO Kildare Derby Festival to get a revamp this year