Kildare Derby Festival to get a revamp this year 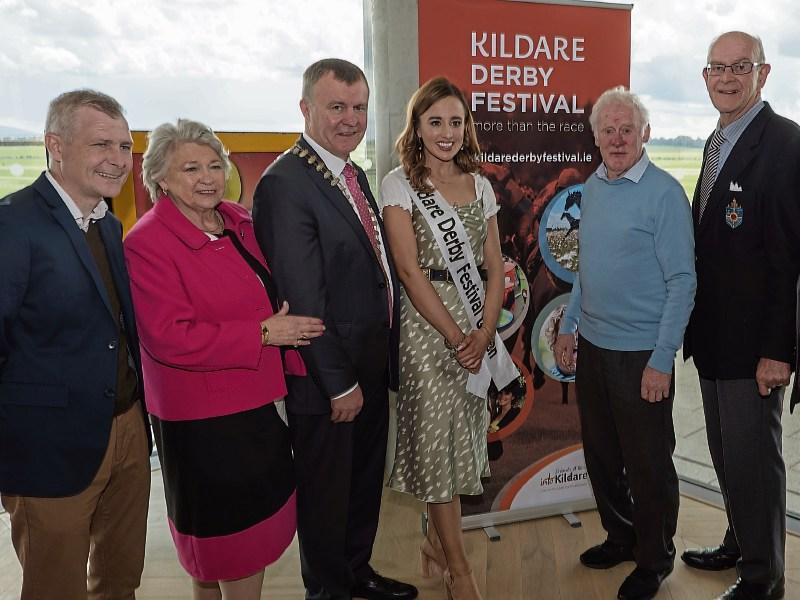 The launch of the new look Kildare Derby Festival took place at the Curragh Racecourse earlier today Friday, May 10, 2019.

The well loved festival was launched by Mayor of Kildare Sean Power and the guest of honour was former jockey and two time Derby winner Pat Smullen.

The Mayor thanked the long established Derby Festival Committee, which is made up of volunteers and chaired by Ollie Kearns. He said that the work of all the volunteers involved has made it the success that it is but added the local community need to return to racing as in the old days.

“Establishing a connection with racing and the local community is a huge challenge,” said Mayor Power.

“The Curragh racecourse is a great facility and if our own local community don't recognise this and enjoy it then we have all failed.”

Festival founder Ollie Kearns praised all the support for the festival this year adding that it will help towards 'creating a new festival'.

“Last year we celebrated our 40th anniversary and there was times when we could have called it off over the years due to recessions but the volunteers kept it going,”he said.

One major difference of the festival this year is that there will be no Derby parade this year .

In it's place on Sunday, June 30 a Derby Legend's Walk will take place followed by a family day on the square at 2.30pm .

The festival will kick off with the Kildare Derby Festival Rose Competition at Studio One on Saturday, June 22, at 8pm.

Other attractions of this year's festival line up include The Paddy Power Irish Derby Lip Sync Battle which will take place in the square on Saturday, June 29 at 7pm after the Dubai Duty Free Irish Derby Day at the races.

There will also be a family day at the Irish National Stud on Sunday, June 30 from 10am to 2pm.

Earlier on in the festival week there will be a Curragh Community Rample at Kildare Hertiage Centre on Sunday, June 23 at 10am followed by an open air circus on the square at 1.30pm.

A photographic and art exhibition will run throughout the week long festival in Aras Bhride.

An evening concert in St Brigid's Cathedral will also draw the crowds on Friday, June 28 at 8pm with Brian Kennedy.

Cllr Suzanne Doyle who also spoke at the launch called on local businesses to get involved with sponsorship of the festival this year.

“We want everyone to get behind this in a good way,” said Cllr Doyle.

“The open air circus in the square will be one of the key events of the festival. A racing memorabilia exhibiton will be on in the courthouse which might become a permanent feature and we'll have Leister Piggot walking on Sunday for the Derby Legend's Walk followed by the family fun day in the square. There is collateral here for everybody including businesses and it has huge potential for local tourism.”