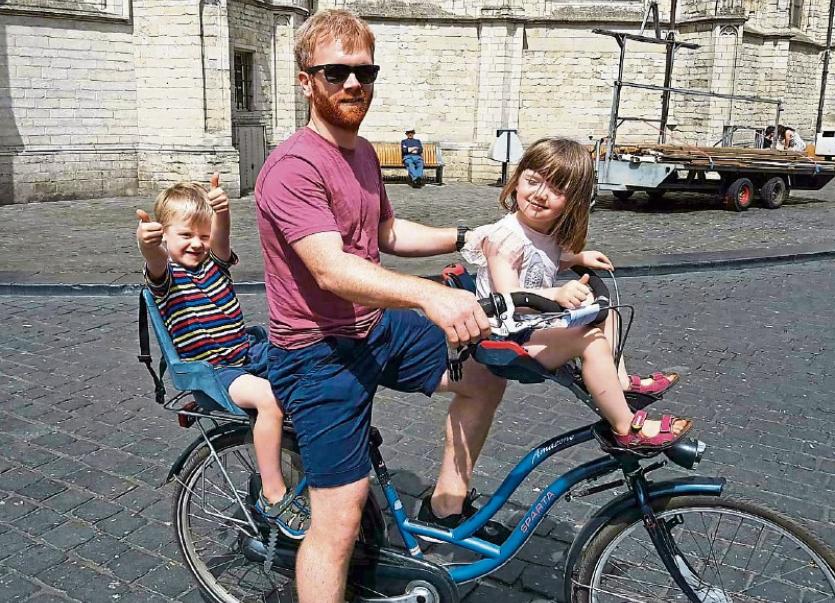 I’m back to bang the Holland drum again because we are just back from spending 10 days there.

We had an awesome holiday. It was just what we needed, what with all that’s going on with home moving and renovation. We hired the same house as we did last year. We visited some of the same places as we did last year, while we also tried out some new places. We ventured in to Belgium and spent the day in Antwerp. We visited a local water park that was so good we went back the next day. And we went picking strawberries one of the days, because the North Brabant province is famous for its strawberries.

Loads of people I meet are somewhat taken aback by the fact that we spent our family holiday in The Netherlands. It’s not very traditional but it’s definitely for us. So this week I’m going to tell you why and why not you should spend your summer holiday with the kids in an Air B&B property in Holland ...

So here goes. Don’t go to Holland if you’re the family that likes to meet other Irish families and socialise with other families for the duration. It just won’t happen. You’ll get up in your holiday home, have your breakfast and head out for the day. You’ll meet plenty of locals but you won’t meet an other Irish families on holiday there. Now of course there’s a chance you will, but it’s unlikely.

In the evenings, after the kids go to bed, it was just myself and Daddy Chambers in a house. If that feels too much like any other day at home, then this isn’t the holiday for you. We didn’t go to one single pub for the whole 10 days. Mind you we had plenty to drink, but just did it on the patio in the holiday home and we were quite content with each other’s company. There’s no live music, no live entertainment, but that’s just the way we wanted it.

If you like to totally switch off on holiday (as much as you can with kids) and not have to worry about driving then this also isn’t the type of holiday for you.

If you’re visiting the North Brabant region, it’s vital you hire a car during your stay. You could stay in one of the region’s cities and spend all your time there but I’m not quite sure kids would get much from that experience.

There’s any amount of family friendly days out and things to do but they are spread out so you will need a car. And, by God, those days out are epic if you’re willing to drive to them.

Another tip is, don’t bother too much with Belgium. The region is right on the border and it’s tempting to venture in. Indeed we did it. However, from what I saw Belgium is just nowhere near as nice as Holland. The minute you cross the border it not nearly as clean, the people aren’t as friendly, while kids aren’t greeted with the same glee as they are by the Dutch. I’m not selling it as such a great holiday, am I? So why should you go?

Right, as I alluded to above, the Dutch seem to adore kids. There’s families everywhere and everywhere seems to be family friendly. Even when Aidan and Sarah were misbehaving in restaurants or shops, nobody batted an eyelid. Indeed people smiled, engaged with them and just accepted them as kids.

READ ALSO: A new world ahead as my son graduates from Naíonra

The locals are super friendly. And I mean super. They go out of their way to be nice to you. When I was young my father took me all over the world to watch the Irish soccer team. He particularly loved when Ireland played The Netherlands because he adored the sense of fun their fans had, much like the Irish. It seems this attitude is not reserved for the people following the national football team.

Also go to Holland if you want unforgettable family days out. Efteling Theme Park has to be seen to be believed. It’s packed with rollercoasters, fantasy, fairies, fables and folklore. It’s not cheap but worth every last cent.

Beekse Bergen Safari Park comes in a close second. Take your hire car through the safari park and I promise you won’t be disappointed.

Hire bikes in the small city of Breda and pop the kids on the back and explore the mostly pedestrianised streets. It’s just beautiful. Stop in the huge park and let the kids off to play in the playground while you enjoy a coffee. Or just sit back while the kids splash around in the small pool in the nearby water park in Hoeven.