Kildare parenting column: A new world ahead as my son graduates from Naíonra 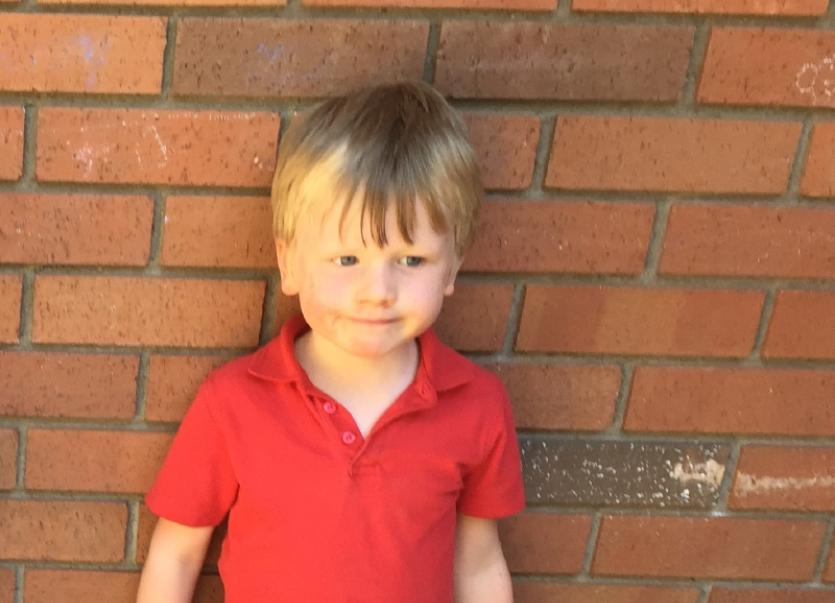 Aidan on his last day of Naoinra in Newbridge

Last Friday week, Aidan ceased being a pre-schooler. His two years of playschool came to an end and in September he enters the world of structured education.

I can’t quite believe it to be totally honest. I can’t believe I am the mother of a child who is very close to starting national school.

Last Thursday, the day before he finished up in Naíonra, he and his little friends treated all the parents to a show. I didn’t expect it to be but I found said show so emotional. In one way I was upset that he’s growing up on me but in another way I am super proud of the big boy he is turning in to.

As I looked around at all the kids singing their songs and doing their dance, I then began to feel a wee bit guilty. He has made some amazing friends in Naíonra. He is particularly close to one boy from his class called Finn. In fact, Finn is all he talks about at home. I feel bad that Aidan won’t be seeing his friends from Naíonra anymore.

I know my guilt is silly. I am fully aware that in a couple of years Aidan won’t even remember his best friend from Naíonra. He might not even remember ever being in Naíonra!

I also know full well that he will settle just fine in big school in September. He’s a really social child so I know he’ll have plenty of best friends when we move but I’m still a little sad knowing that in a couple of months time he won’t see any of his friends from Newbridge again.

I’m also sad about the fact that I won’t really see any of the mammies from Naíonra again too. I might only have walked in to the yard with them every morning and some afternoons but I’ve become close to some of them in particularly. I would count them as friends now; we’ve been for drinks, for a boogie in Swifts together, met in the park and I’ll miss their friendly faces every weekday morning.

As you can see, I’m feeling very sentimental these days, especially as our move looms near. I was always told that once your child starts playschool that’s when you, as the adult, will start to form some great friendships. I’m a social kind too but it’s only recently enough that I started making new friends here and now I’m leaving.

But back to Aidan! He’s definitely ready for big school now. Come September he will be five and a half, he is super inquisitive and he wants to learn. He’s can even write his own name now. Where that came from I have no idea but he’s super proud of it and so he should be!

He’s going to the same primary school I went to. Would you belive he will have the same teacher as I had in Junior Infants. She has something like 27 boys and only a handful of girls in the class. This just might be the year she retires!

Two of Aidan’s cousins (well, his second cousins) will be starting school with him so he already has friends there. He’ll be grand!

On the other hand, I’ll probably be a blubbering mess! It feels like no time ago we brought him home from The Coombe. I wish time would slow down a bit.