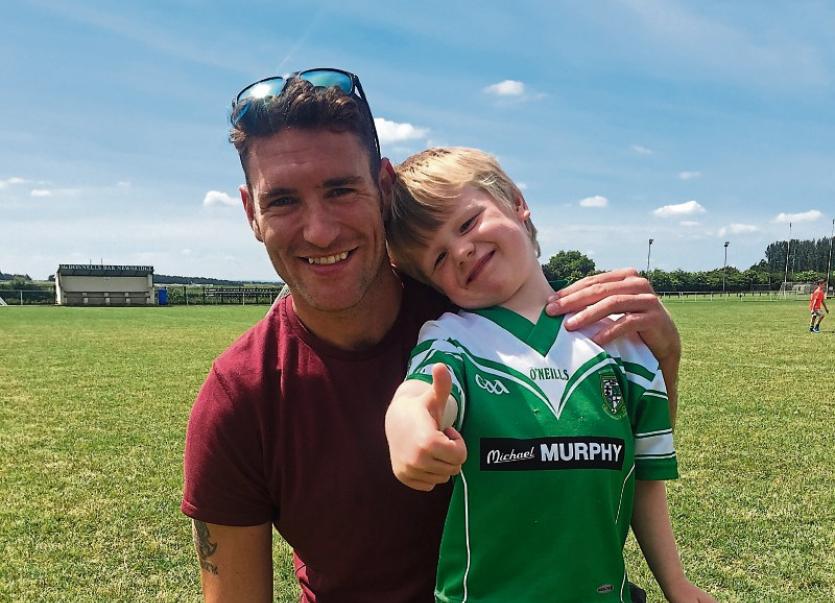 I was raised on sidelines. I was fed sport from an early age and it consumed my father’s life.

He ran marathons, he cycled, but when I was a small one, it was the GAA that trumped all in our house. Walterstown GAA in rural Co Meath to be precise.

As I got older, soccer was a huge feature. My father loved that game too. As a result, growing up I idolised the likes of Packie Bonner and later Premier League stars such as Alan Shearer and a little fella by the name of Juninho that signed for Middlesborough back in 1995.

I turned my love for sport in to a career and indeed for eight years filled the back pages of this paper instead of the lifestyle ones.

I was keen for the kids to develop a love of sport too. Sarah, at the moment, has no real interest. She’s only three after all.

Aidan has, however. He started his sporting life some 12 months ago when he joined the ranks at Newbridge Town. Soccer wasn’t his thing, though. Truth be told he was too young. He didn’t really take part and began to protest when it was time to head to training on a Sunday morning.

Read also: Check out the top ten most entertaining tweets and Facebook posts on the Kildare GAA standoff

Fast forward to now, though, and the one question you’ll hear him ask more than any is, do we have training today?

The training he’s talking about is training at Moorefield. His new club; the one he is rather obsessed with.

Last December he watched the Leinster Club Championship final with us. When he spotted Daryl Flynn and David Whyte lifting the trophy aloft, he declared that he wanted to be just like them!

Indeed not long after he announced he wanted football posters for the walls of his bedroom. Just like his older cousins have, he explained. Said cousins have walls that resemble a shrine to Lionel Messi and Cristano Ronaldo, so that’s what I assumed he wanted too. A trip to Easons to look at the football magazines proved disappointing for Aidan though. He was highly disgusted that there were no posters of the Moorefield players, namely Flynn and Whyte, in these magazines. In the end I had to make him a Daryl Flynn and a David Whyte poster, which is now one of his most prized possessions!

I love his innocence, but I also love that his sporting heroes are local lads from the GAA club that he’s a part of and not inaccessible multi- millionaires that aren’t in the same realm as the rest of us!

You can imagine his glee when he got to meet his two heroes last Saturday at Moorefield’s family fun day. He was beside himself when I told him that both David Whyte and Daryl Flynn were there!

Both lads had a chat with him, posed for a picture and literally made his day. My sincere thanks for that, lads, if you do happen to read this, by the way.

When we depart for pastures greener later this summer, one thing I’m really going to miss a lot is Moorefield, or, moreso Aidan is going to miss it. He just loves it up there, loves the lads coaching him and the boys and girls playing with him. The biscuits after training every Saturday are anticipated eagerly. He even got an Easter egg from ‘his club’ as he calls it.

I’m sure he will love Walterstown GAA in time, but at the moment his only request is that either his father or I drive him back to Newbridge for Moorefield training every Saturday morning.