A councillor from Kildare has praised and criticised different aspects of the proposed Dart+ fleet.

In July, it was revealed that a planning application was being lodged that proposed extending the DART from Connolly and Spencer Dock in Dublin, to Maynooth and to the M3 Parkway in Meath.

Now, Social Democrats Cllr Aidan Farrelly welcomed the announcement that the new Dart+ fleet will come as far as Maynooth and Hazelhatch, and will include improved facilities for cyclists such as storage and charging facilities.

However, he admitted that he was disappointed 'that the Minister for Transport, Eamon Ryan, did not consider extending the Dart+ project to Kilcock, Sallins, Newbridge, Monasterevin or Athy at this time.'

Cllr Farrelly said he learned of the improvements through a Parliamentary Question submitted by his party colleague Catherine Murphy TD.

The Clane politician has openly shown a vested interest in the Dart+ service: last November, he called on members of the public to sign a petition calling for the installation of a Dart+ at Kilcock. 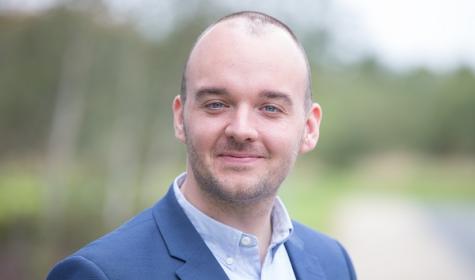 Elaborating on his thoughts about the new fleet, he said: "Ensuring each Dart+ service has adequate cycling storage and charging facilities is a must, and as such this is good news for cyclists who plan to use the services from Maynooth and Hazelhatch stations.

"We are in the midst of a modal shift away from car dependency travel, and this will mean overcoming the obstacles facing commuters.

Cllr Farrelly continued: "For example, passengers in Clane don’t have access to reliable public transport – making it much more difficult to leave the car at home.

"Notwithstanding the disappointment, I welcome the prospect of dedicated storage and charging facilities on each service when the Dart+ projects come to pass, And I would urge Irish Rail to make sure the bike facilities on the train are also sufficient."

He also said that he has 'noted in the response to Deputy Murphy' that the company said all Intercity trains from Dublin to Cork, and Dublin to Belfast trains, have a separate guards van, which can hold up to 15 bikes per service.

“And while the other Intercity trains do not have a guards van, there are two bicycle spaces within each the passenger compartment – while Irish Rail allows for fold up bikes on board all services," he added.

Cllr Farrelly also pointed to a recent work trip he took to Frankfurt in Germany, and said he was 'blown away' by the availability of secure storage facilities for cyclists at every train station.

"What was more surprising was the absence of any car parking facilities at some of the stations I visited," he said: "we must continue to champion efforts to facilitate an increase of rail and bus users in Kildare, whether that’s in Maynooth or Athy, Celbridge or Kildare Town."

According to Irish Rail, it hopes to begin works in 2024 and to have the fleet operational in 2029.