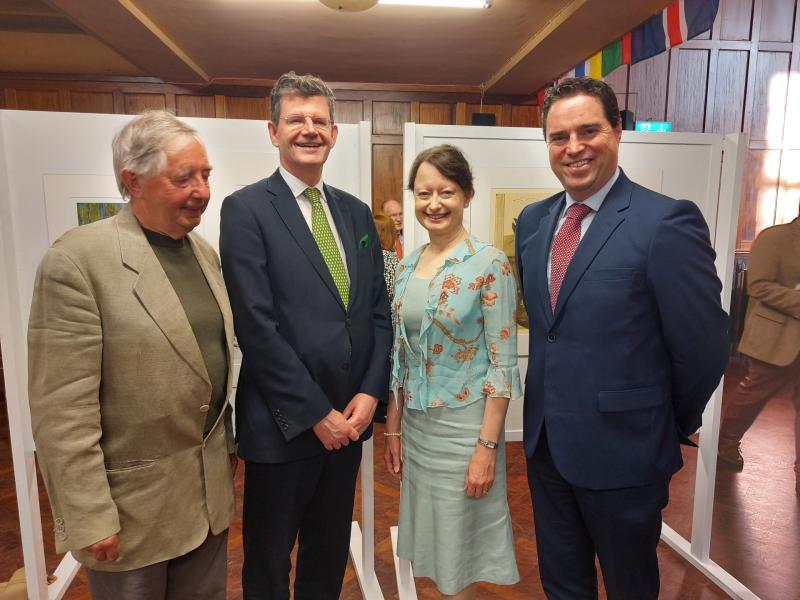 The latest, long-anticipated iteration of the Gerard Manley Hopkins festival has been launched in the town of Newbridge.

The festival, which celebrates the life of renowned English poet and Jesuit priest Gerard Manley Hopkins, opened at 7pm in the theatre of Newbridge College. 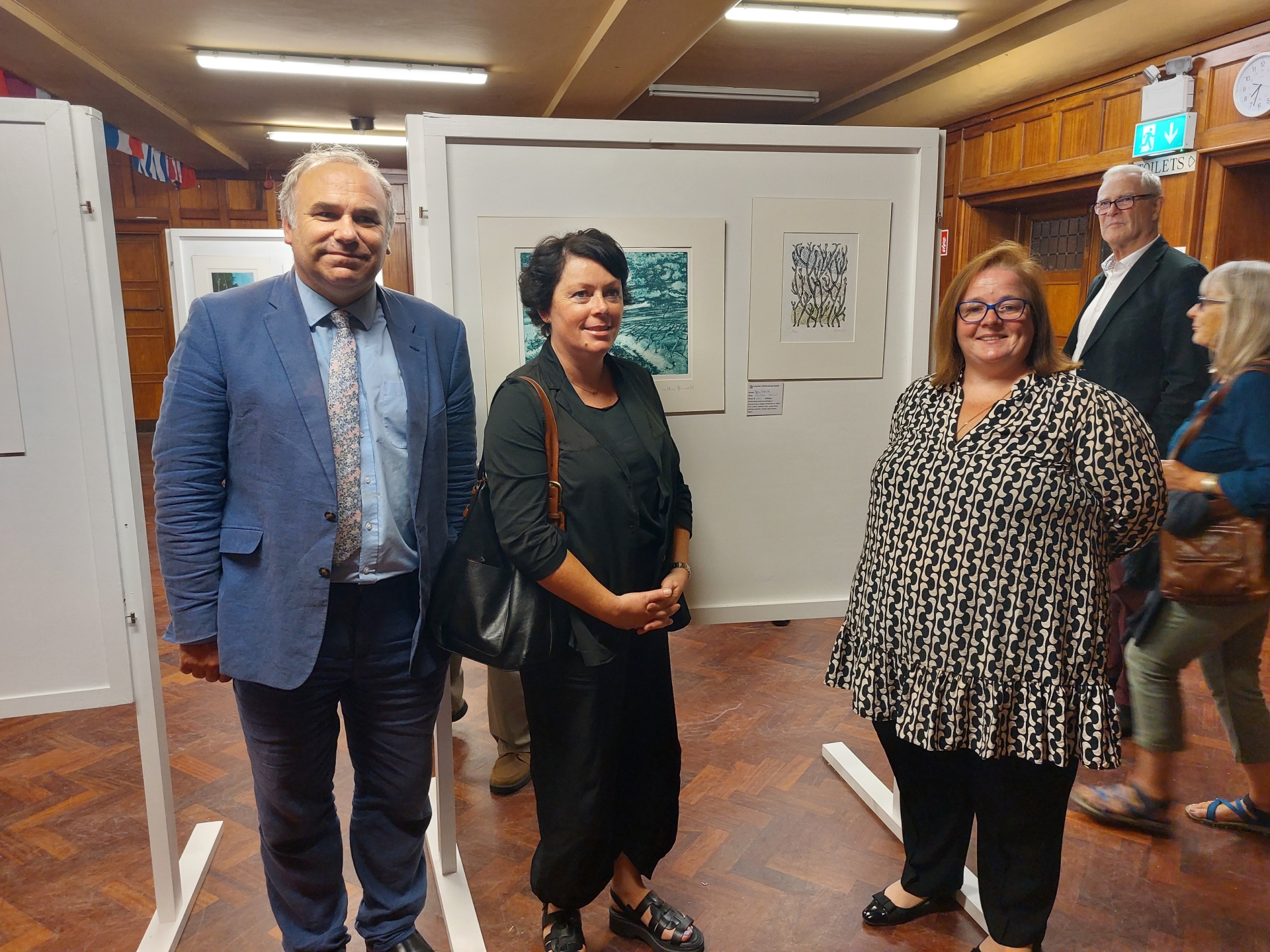 Attendees were treated to a gallery of various works from local artists, which were also available to purchase.

This gallery was organised by Leinster Printmaking Studio.

A collection of CDs from local musicians were also on display and available to purchase.

Speaking to the Leader ahead of the event, Mr Johnston said that he was invited to the festival by one of the guests, poet Desmond Egan.

"When I found out about Hopkins, I became very intrigued and thought 'I would love to learn more about him'."

Mayor Suzanne Doyle also praised Hopkins' ability, saying: "I have been a fan for a long time, ever since I studied him at school; he definitely stood out from the rest.

"I often wonder what he would be in today's world, if he were alive."

She added that she felt that the most alluring part of poetry was how it 'gives you the opportunity to ponder in a quick world.' 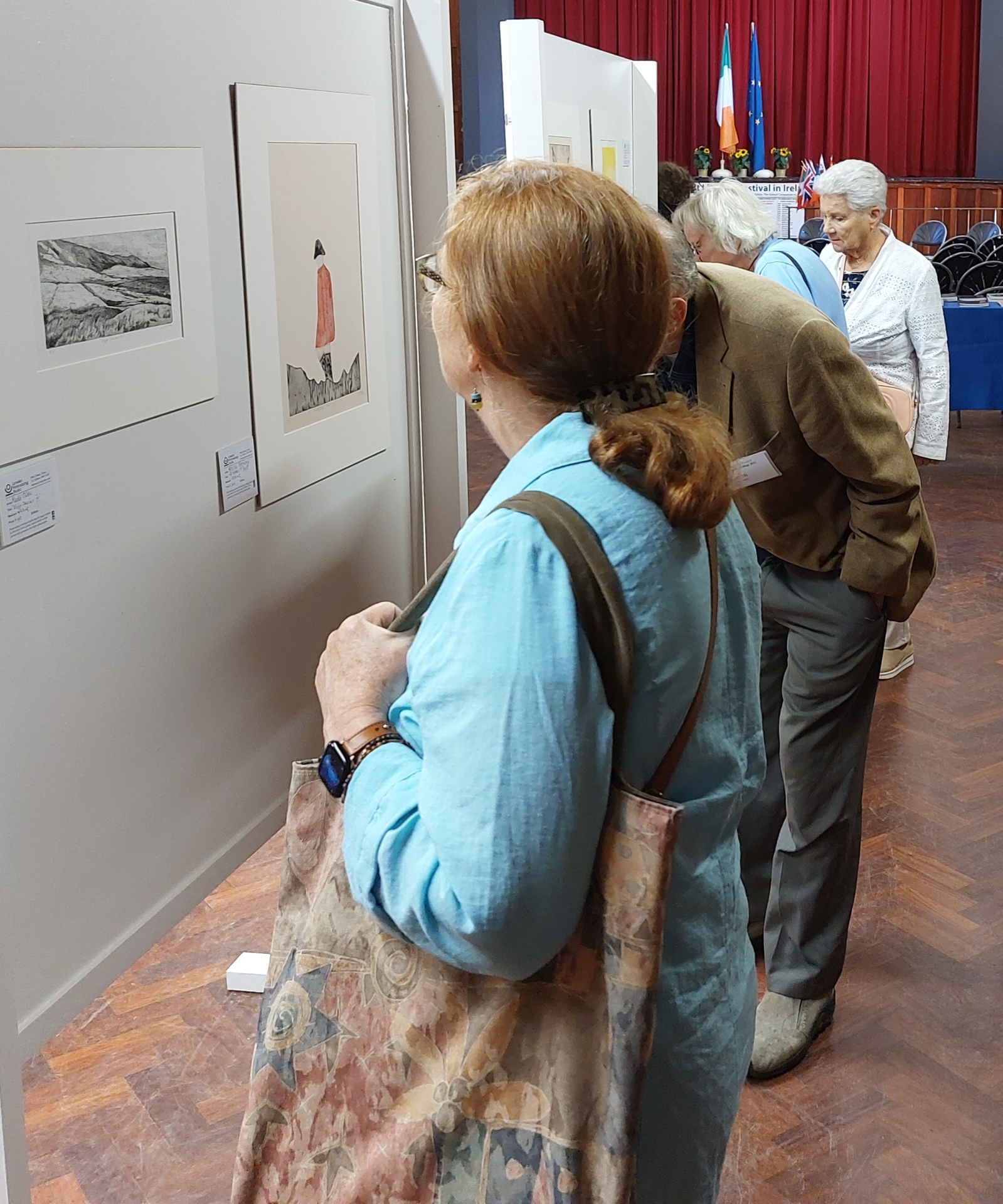 Onlookers admiring some of the works on display by local artists

One of the organisers, Jenny Adamson, further said: "I'm an English and Drama teacher, and I was drawn to the beauty of his poetry; it's just outstanding.

Music on the night was provided by Cillian Moran and Conor Mahony.

The Gerald Manley Hopkins festival will run until Thursday, July 28.

Further information about the festival can be found here.

He is well known for his concept of sprung rhythm, as well as his thematic writings about God and nature.

He also held an admiration for the town of Monasterevin, writing in March of 1887: 'I should have felt better for the delicious bog air of Monasterevin.’

Some of his most famous works include 'The Windhover: To Christ our Lord' and The Wreck of the Deutschland.

He gained a significant following after his death, most notably inspiring 20th Century poets such as TS Eliot and Cecil Day-Lewis.

Hopkins is buried in Glasnevin Cemetery in Dublin.

The Gerard Manley Hopkins Building in University College Dublin is named in his honour.