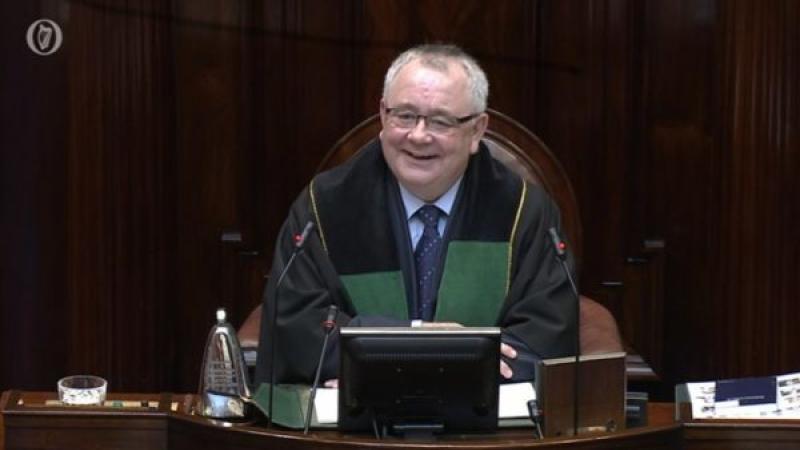 The Department of Public Expenditure confirmed to the Irish Examiner that the salary officially set for the Dáil speaker job is now €227,000. FILE PHOTO: Ceann Comhairle Seán Ó Fearghaíl TD

The findings, which were published in the Irish Examiner on Monday, outlined that pay restoration, after a series of salary cuts, has created an anomaly where the post of Ceann Comhairle is now officially at least the second best-paid political role in the State after the President.

The Department of Public Expenditure confirmed to the newspaper that the salary officially set for the Dáil speaker job is now €227,000: more than €10,000 higher than that of the Taoiseach.

The Examiner also noted that the Dept did not comment on how much of the €227,000 wage packet was being paid to Mr Ó Fearghaíl.

When asked about his views on the subject by the Leinster Leader, the Fianna Fáil politician, who has served as a TD since 2002, responded that he has 'no role in setting any of the pay scales concerned.'

He added: "The salary and allowance information contained on the Gov.ie website is the responsibility of the Department of Public Expenditure and Reform.

"However, Members of the Oireachtas may choose to waive receipt of some salary or allowances, (and) therefore it should not be presumed that the amounts outlined on Gov.ie are received."

Mr Ó Fearghaíl's response heavily mirrors the same point that the Dept spokesperson made while speaking to the Examiner.

The spokesperson explained that in 2009, through a number of measures, reductions were applied to the pay of Oireachtas members and certain officeholders.

Then, in April 2017, the rates had subsequently increased, with the pay reductions steadily unwound over the past five years.

Following this, the pay of the Ceann Comhairle was fully restored on 1 July 2021 to the rate that applied in September 2008.

The Ceann Comhairle made headlines two weeks ago after he briefly visited Ukraine and shook hands with its President, Volodmyr Zelenskyy.