'Ukrainians coming to our shores will be cared for with kindness, deep respect and dignity' Kildare TD tells Ukrainian legislators 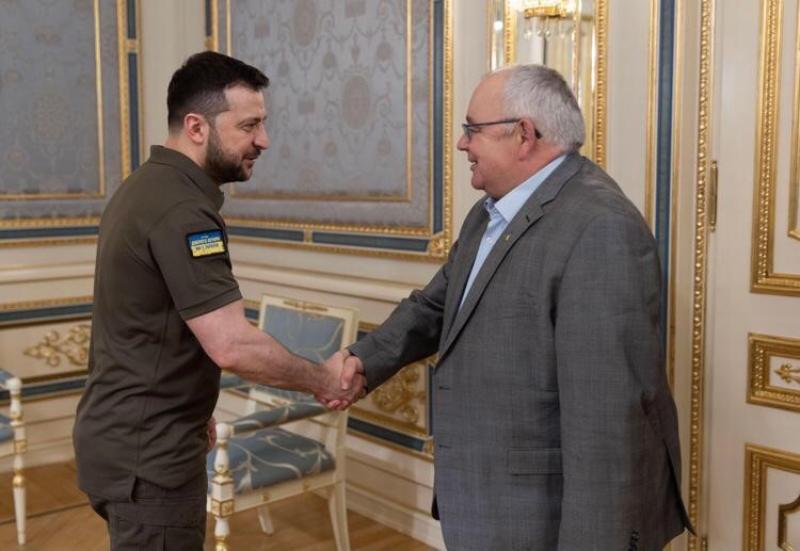 Kildare South TD and Ceann Comhairle of the Dáil, Seán Ó Fearghaíl met with Ukrainian President Volodymyr Zelenskyy during a working visit to Ukraine on Friday.

Mr Ó Fearghaíl travelled to the war-torn country accompanied by Mark Daly, Cathaoirleach of Seanad Éireann. Their visit came after Mr Zelenskyy remotely addressed the Houses of the Oireachtas last month and was a direct invitation from the Speaker of the Rada (parliament), Ruslan Stefanchuk. 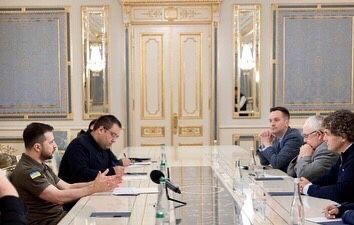 The Irish group then had an opportunity to witness first-hand the consequences of the occupation of the towns of Bucha and Irpin by Russian armed forces when they were brought to the Church of the Holy Apostle Andrew the First-Called and All Saints – the place of mass graves of civilians killed by the Russian occupiers in Bucha. They then viewed the destruction caused by shelling and air strikes of the residential area in Irpin.

Speaking at the conclusion of the visit, the Ceann Comhairle said, “On behalf of the Irish people I wish to thank you for conducting a defence of our shared international values.

"We in Ireland have welcomed many Ukrainian families, women and children seeking refuge from this barbaric war. Many have fled Ukraine having witnessed horrors that we can hardly comprehend. I assure you today that those Ukrainians coming to our shores will be cared for with kindness, deep respect and dignity.”

Mr Daly said: "I wish to truly thank the leaders and people of Ukraine to allow this group the opportunity to fully gain an invaluable insight into this war. The damage and impact on this beautiful country both infrastructurally and psychologically will take a long time to heal.

"The Irish people stand with Ukraine and as Cathaoirleach of Seanad Éireann I extend the hand of friendship and solidarity by inviting the Head of the Verkhovna Rada of Ukraine, Mr Ruslan Stefanchuk to speak in the Seanad at a date in the future.

"The importance of democracy around the world cannot be understated and Ireland and the European Union along with United States and others who believe in ending this wholly unjustified conflict will continue to support Ukraine during this war and long after it finishes. Tyranny must not be allowed to gain a foothold in our modern world. We take cognisance of the Head of the of the Verkhovna Rada, Mr Ruslan Stefanchuk’s request for Ireland to not only be supportive but also be “advocates” with our EU colleagues for Ukraine’s membership to the EU and can assure you of our continued steadfast support to your country’s European integration efforts.”