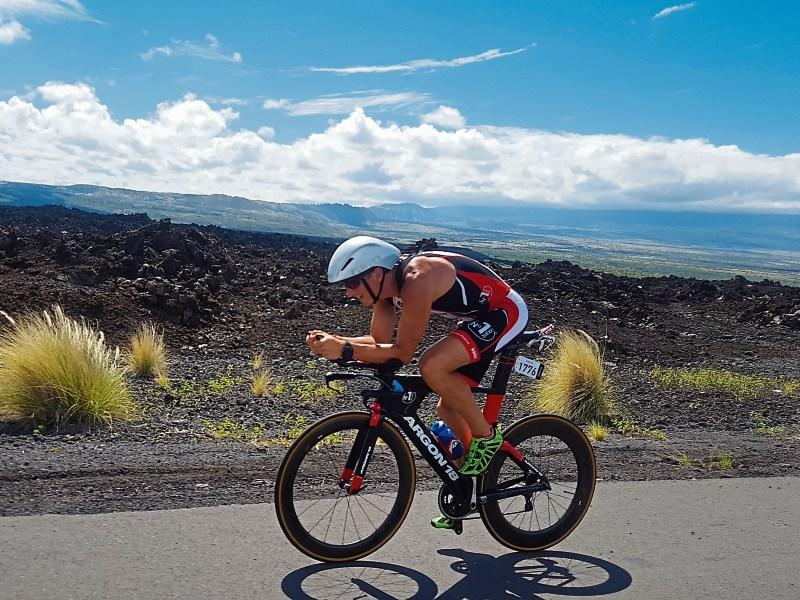 Mariusz Olejniczak on his bike during the race

The annual Ironman World Championship on the Big Island of Hawaii is an iconic triathlon event and the most prestigious endurance race in the world.

In unforgiving heat, the competitors race through a 2.4 mile swim, 112 mile bike route and finish with a 26.2 mile marathon.  Proudly displaying both the Polish and Irish flags on his tri suit, Mariusz completed the course in a breath-taking 8 hours 46 mins, ten minutes faster than the Irish record set by James Curran this year of 8hrs 56mins, and 2 minutes faster than the Polish record of 8hrs 48mins set by Olympian Marek Jaskółka in 2014. 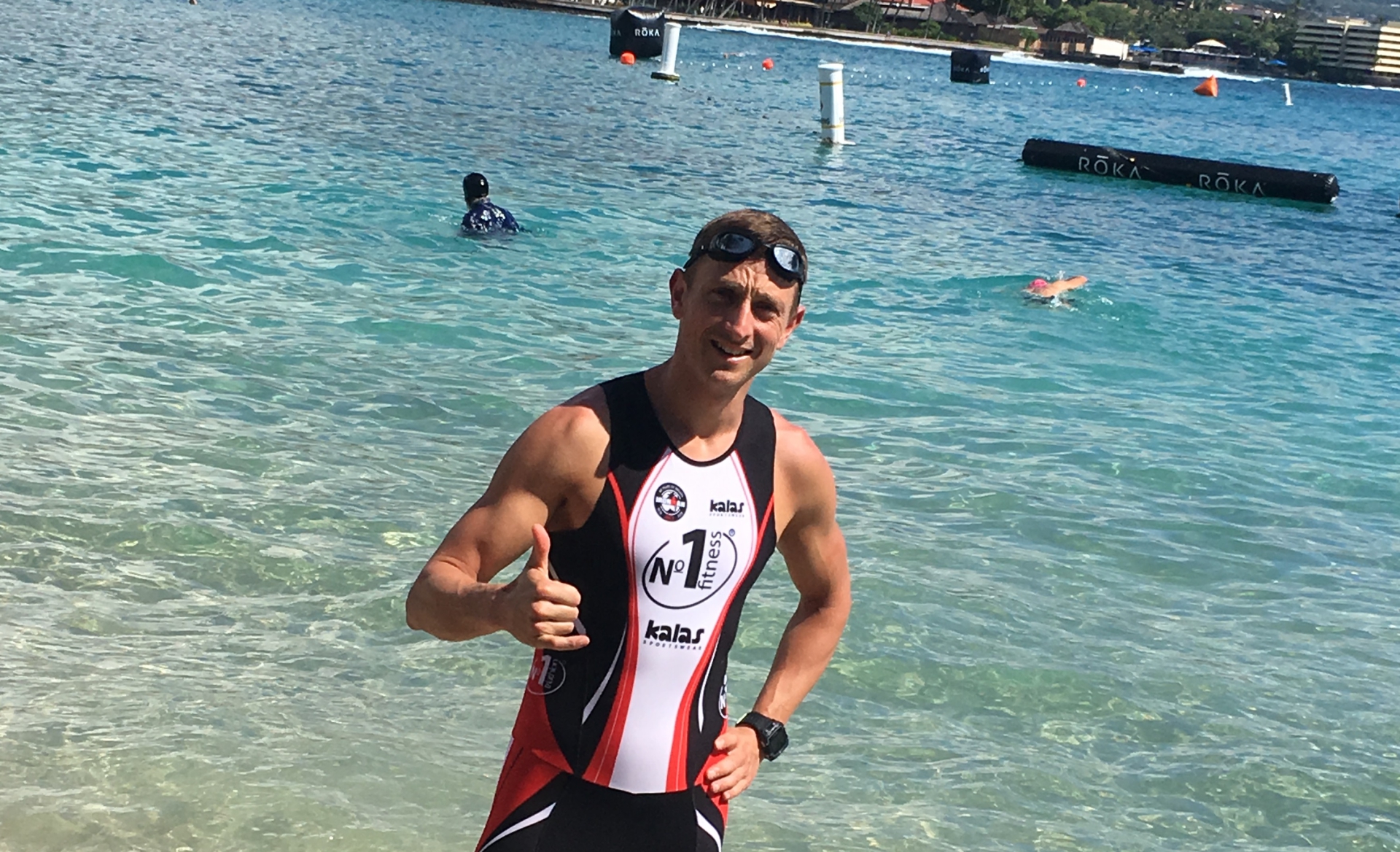 Since qualifying for Kona at Ironman Wales in September 2017, Mariusz trained seven days a week in all weather conditions to ensure he was in the best possible condition to tackle the course.

Many hours of running on the roads around Kilcullen and biking through the Wicklow mountains stood to him on the day as he completed the 112-mile bike course in a blistering 4hrs 33mins followed with a marathon run time of 3hrs 7mins.

Incredibly, when he crossed the line he finished in 6th place in the world for his age group, beating some notable professional athletes on the way.  Mariusz is now officially the fastest Ironman World Championship competitor in Ireland.

Having based his training at his gym, No1 Fitness Kilcullen, where he also runs a Triathlon Academy alongside business partner Beata Zielinska, Mariusz extols the benefits of the local countryside.

“In Kilcullen and in Kildare in general, we are very lucky to have some fantastic countryside right on our doorstep.  The Curragh, the Wicklow hills nearby, and lots of quiet country roads make training here a real pleasure.”

So, what next for Mariusz?

“I really enjoy training and competing but for the next while I want to focus my time helping others achieve their training goals,” he explained.

“ I’ve gained a lot of experience while competing over the last 20 years and if I can pass any of that on to others and help them get to where they want to go it’s as satisfying for me as racing myself.”

“At our gym we have members of all ages at all levels of ability and experience and we have training plans to suit everyone no matter how modest or big their goals might be.  To be honest with you though, No1 Fitness Kilcullen is more of a community than a gym where members get a lot of help and support from each other as well as from our staff.

“That is one of the best things about being part of a town like Kilcullen.”