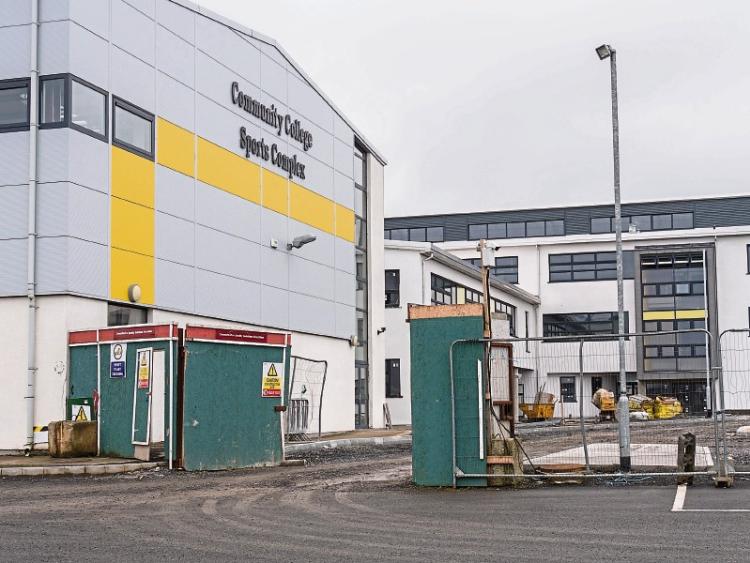 An extension to St Conleth’s Community College in Newbridge, which was initially due to open last January, has failed to open in time for the start of the new school year.

The extension is largely complete, but the Leinster Leader understands that it remains closed, pending the completion of a few items in the new facility.

Building work was halted in early December 2017 after Kildare Wicklow Education and Training Board said it could not take possession of the building until certification matters were resolved.

Sam Deacon of Bunclody firm Drumderry Precast who was a sub-contractor on the project, learned in September 2016 that concrete beams and columns, which formed part of the supporting skeleton of the new school extension, were built and supplied using his company name, without his knowledge or permission.

This lead him to withold certification.

After a four month hiatas, construction work started again in early March with an estimate that its extension would be ready by September 2018.

But that appears not to be the case. When the Leinster Leader visited the school last Friday morning, August 31, it was clear that the extension, which will considerably increase the capacity of the current school, was not open yet.

The extension is expected to provide modern facilities, a special needs unit, and additional space for a school building that was originally designed to cater for 250 students, but currently has a student population of 477.

As of the time of going to press yesterday, Monday, September 3, neither the school nor the KWETB had responded to numerous requests from the Leinster Leader for comment.