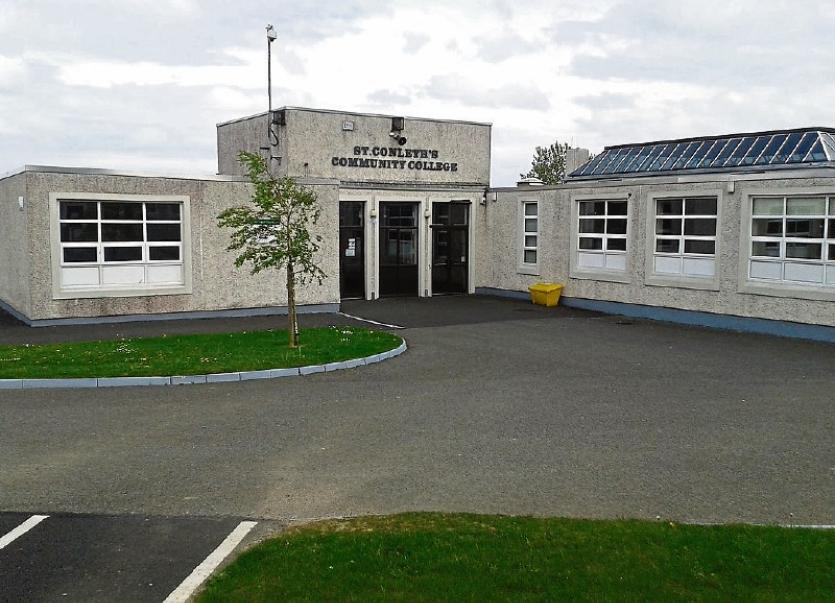 Building work has ceased at the extension to St Conleth's Community College in Newbridge in an ongoing dispute over contractor certification of work.

Kildare and Wicklow Education and Training Board (KWETB) has said it cannot take possession of the building until all matters concerning certification are resolved to its satisfaction "thus ensuring that the best standards of safety and certification are met", it said in a statement this morning.

"The design team, appointed by and on behalf of KWETB, has, effective the 8th December 2017, temporarily suspended work in the school pending the production of mandatory building regulation certification from the contractor for elements of the project for which they are responsible from both a design and construction point of view. The design team is in on going contact with the contractor in an effort to resolve these matters. The mandatory certification is required from the contractor to demonstrate that the relevant Building Regulations standards have been fully and adequately complied with."

The extension is being funded by the Department of Education and Skills, but its design and construction management is under the remit of KWETB.

The extension will provide modern facilities, a special needs unit,  and additional space for a school building that was originally designed to cater for 250 students, but currently has a student population of 477.

The building works had originally been expected to be completed by the end of the year, and the new facilities available for students in January 2018.

In the High Court on November 10, Mr Justice Michael Twomey made an injunction directing that relevant certification in relation to flooring produced supplied and fitted by the subcontractor Drumderry Aggregate Ltd, registered at Bunclody Co Wexford, at the school extension be handed over to K&J Townmore Construction Ltd, which is the main contractor.

Seeking the injunction, K&J claimed the failure to hand over the certs put in doubt whether the building will be ready for use next January.

Drumderry, the court heard, was opposed to handing over the certs for its portion of the work on grounds including that the building made by the defendant was severely compromised from the point of view of health and safety. In a sworn statement, Drumderry said it would be grossly irresponsible to contribute in any way to the use of a building would in any way where questions regarding the quality of the construction are still extant.

Drumderry managing director Sam Deacon later told the Leader he was handing over the certificates under extreme duress.