Kurt Cobain's daughter, mother and sisters are in Kildare today! 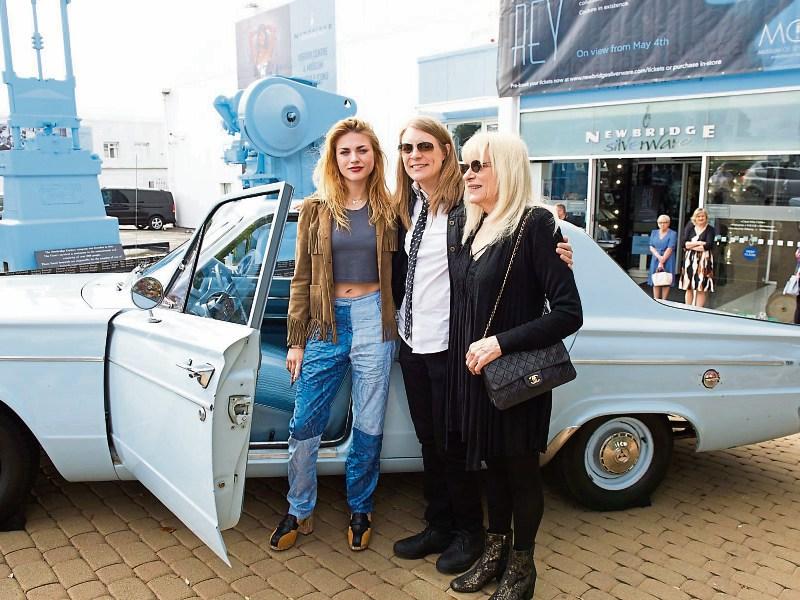 The daughter, sister and mother of Kurt Cobain are today at Newbridge Silverware ahead of the launch tomorrow of the 'Growing up Kurt Cobain' exhibition dedicated to the musical legend.

WATCH: Kurt Cobain's family discuss his youth and his legacy at Newbridge Silverware

Frances Bean Cobain, Kim Cobain and Wendy O'Connor will be joined by another sister, Olivia O’Connor tomorrow at the official launch of the exhibition. The exhibition will celebrate the late singer’s Irish heritage.

Kurt Cobain, who died on April 5, 1994 was the lead singer of Nirvana, a grunge band which, in a reasonably short career, established itself as one of the greatest bands of all time.

Now a friendship between, William Doyle, owner of the Museum of Style Icons in Newbridge and Cobain’s relatives has resulted in an exhibition of never seen before intimate items from the rock legend’s life.

His family has curated some of his very personal items for the  commemoration. The Museum of Style Icons will house Kurt’s drawings and sketches along with clothing, hand-written lyrics and the only known car Kurt owned during his life, a powder blue 1965 Dodge Dart. The Exhibition opens on Thursday,  July 19 and runs till the end of September, from where it will travel to the Museo de la Moda in Santiago Chile.

Cobain formed the band Nirvana with Krist Novoselic and Aaron Burckhard in 1987 in Seattle.

Nirvana's debut album Bleach was released in 1989 and they found breakthrough success with ‘Smells Like Teen Spirit’ from their second album ‘Nevermind’ in 1991.

Following that success, Nirvana was labelled the band of Generation X, and Cobain hailed as the spokesman of that generation, but he was uncomfortable with the label, believing his message and artistic vision had been misinterpreted by the public.

Cobain’s Irish roots are well known. While he believed his family originated in Co. Cork, in fact his Irish ancestors emigrated from Carrickmore, County Tyrone, in 1875.

Commenting on the exhibition, Kurt’s sister, Kim noted that “with the exhibition we hope to bring the focus back to Kurt’s roots, vision, and artistic genius to inspire everyone not to lose their creativity and childlike wonder."