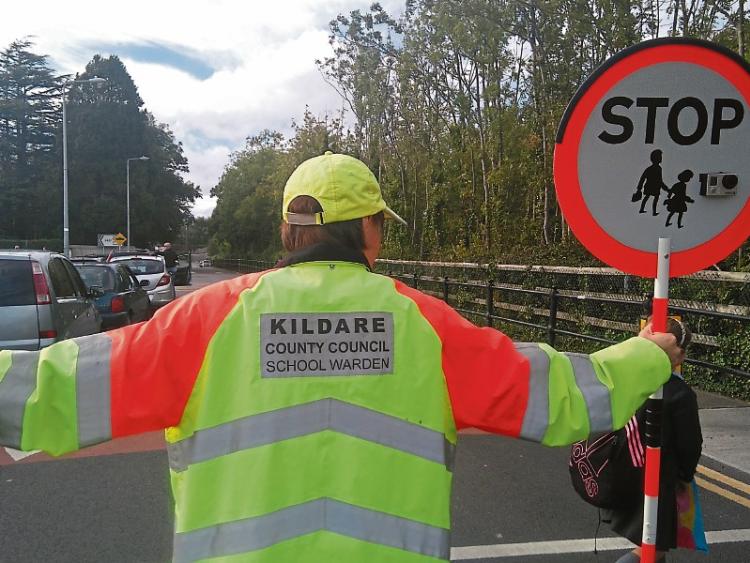 A Kildare school lollipop lady had a ‘near miss’ with an oncoming car while she was assisting children across the road.

That’s according to Kildare County Council’s Road Safety Officer Declan Keogh, who has reported the incident to gardai.

The incident occurred yesterday morning, Wednesday, April 26, in Carbury. According to Mr Keogh, the vehicle and driver failed to stop for the school warden when instructed to do so. The warden was in the centre of the road at the time, about to let school children cross the road. The school crossing is on the R403, between Allenwood and Carbury.

The vehicles make, model and registration and a description of the driver was provided to gardai in Carbury.

Mr Keogh described the incident as 'very worrying' and said it could have ended in tragedy.

He has warned other motorists to pay heed and obey the instructions of a school warden.

"This is very worrying. The fact that a school warden had to manoeuvre out of the path of a vehicle which failed to stop is the first worry, but what is even more worrying is that there were a number of young children who were within seconds of being where the offending car passed through. It could have ended in tragedy for the lollipop person and the innocent children and this should serve as a warning to all drivers of the consequences if they fail to stop when instructed to do so by a School Warden".

School Wardens are empowered under the Road Traffic Act to stop and hold traffic in order to allow school children to cross the road safely. A driver can receive up to four penalty points if convicted for disobeying them.