Govt to be lobbied 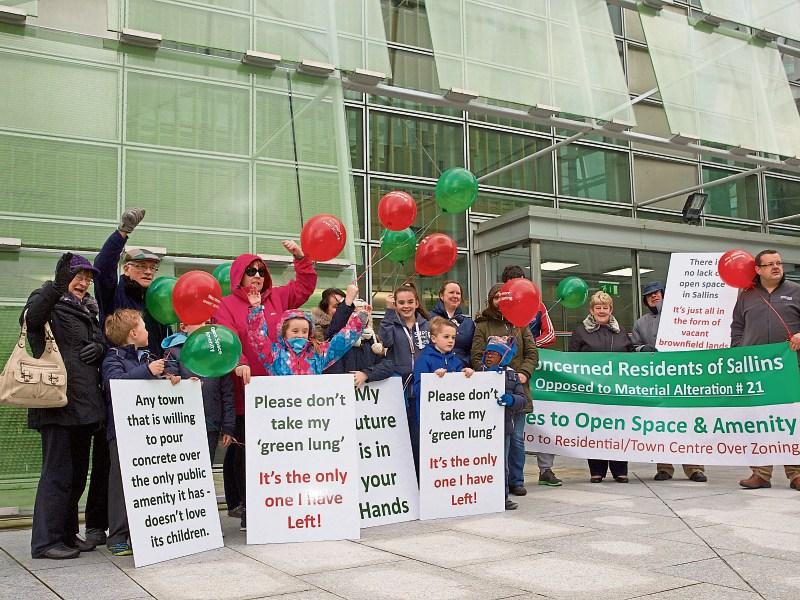 Residents of Sallins have made one final push to secure rezoning of 70 acres of land which could provide sports and recreation facilities for the community.

Four months ago local councillors voted to rezone the 70 acres of land on the Clane Road.

Councillors have been under pressure from the community of Sallins to provide more space for sports and recreation.

However the overall proposal ran into opposition from officials because they contended that new residential development would not be sequential and there are other sites closer to the village centre zoned for residential purposes.

Sallins Community Council asked local people to make submissions to the Minister for the Environment by last week.

The SCC says that while it welcomes the fact that the Department found that the existing zoning (industry and warehousing) on the McCarthy lands is not appropriate, the recommendation that the zoning for new housing and residential be removed would - if accepted by the Minister - remove the possibility of Sallins getting a sports campus. SCC Chairman Fergus Carpenter said that while KCC said it is actively investigating opportunities for the delivery of recreational and amenity facilities “to the west of the town centre” the council gives no evidence for this.

He also attacked the council for saying it would provide an “attractive and accessible amenity area”. Mr Carpenter said if the council are of the view that this constitutes significant social infrastructure compared to 37 acres of land, they are unaware of the real needs of our community.”

He said the community would not be “fobbed off” by KCC providing a playground on half an acre of parish lands “though we do welcome this as we’ve lobbied for it for several years.”