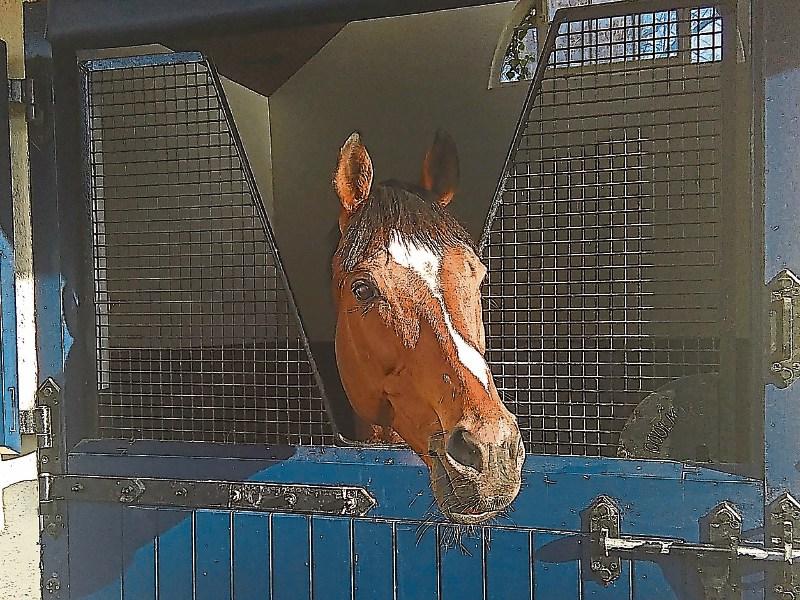 Coolmore great Galileo pictured at the stud farm in Tipperary

There has been an intense rivalry between John Magnier’s Coolmore Stud and Sheikh Mohammed’s Godolphin and Darley Stud for the best part of 20 years, and it will be re-ignited on Saturday, June 30, when Saxon Warrior meets Dee Ex Bee, a horse that surprised many to finish ahead of Coolmore’s star in the Epsom Derby.

Masar gave Sheikh Mohammed his first Derby win at the expense of Coolmore’s Aidan O’Brien-trained colt earlier this month, with Dee Ex Bee completing a one-two for the Godolphin operation and Saxon Warrior languishing back in fourth.

Although the Epsom winner will swerve the Irish Derby, the presence of the Godolphin-bred Dee Ex Bee is massively intriguing.

Godolphin and Coolmore are the two largest breeding operations in the world and their ongoing battle to be the best has seen vast amounts of money flood the sales rings of the world, drastically changing the landscape of the sport.

The duel on the track that best illustrates this rivalry is that of Coolmore’s Galileo and Godolphin’s Fantastic Light in the summer of 2001.

Galileo was always going to be special as a Sadler’s Wells colt, and that premonition came to pass as he romped to victory in the Epsom and Irish Derby, as well as the King George VI and Queen Elizabeth Diamond Stakes at Ascot, a race in which he overcame a gallant Fantastic Light.

Fantastic Light was no slouch for Godolphin, having been sired by Nijinsky, the last horse to win the English Triple Crown in 1970.

Wearing the royal blue of Sheikh Mohammed, Fantastic Light won the likes of the Tattersall’s Gold Cup at the Curragh, as well as the Prince of Wales’s Stakes at Royal Ascot.

When the horses met in the Irish Champion Stakes at the Curragh in late 2001, Galileo was unbeaten, already an icon, but Fantastic Light outmuscled him to the line for a famous win.

Sheikh Mohammed reigned supreme on that day at the Curragh, but that autumn marked the end of Galileo’s career as a racehorse, and so he was sent to stand at stud in Fethard, Co Tipperary.

He became the most successful sire of all-time, his offspring including the likes of Frankel, New Approach, Ruler Of The World and Australia.

Galileo’s progeny as a sire far eclipse anything produced by Fantastic Light, and in truth Godolphin have depended on Dubawi, an excellent sire in his own right, to produce the likes of Night of Thunder and Monterosso.

Despite Dubawi’s immediate impact at stud in the mid-2000s, Sheikh Mohammed tied his own hands to a certain extent by refusing to buy Galileo-bred yearlings from around 2005.

He was denying his operation of the best middle-distance bloodlines, and in so doing, denying himself winners in the biggest money races, including the Epsom Derby, which he had to wait 34 years to win. That buying boycott was shrouded in some mystery, but one thing was clear, a wedge had firmly been planted between both operations, ultimately to the detriment of Godolphin.

Aidan O’Brien received the lion’s share of Coolmore’s horses and produced classic winner after classic winner, including four of the last seven Epsom Derby winners, two of which were bred by Galileo.

Godolphin didn’t fall away but they were denying themselves the stars and future bloodstock goliaths funneling through the Coolmore operation thanks to Galileo.

In 2017, all of that changed; the boycott was lifted and Mohammed went out and bought yearlings from the likes of Galileo and Australia, a noted son of Galileo, in the big autumn sales.

Eyebrows were certainly raised as to the sudden change in approach.

The proximity of Masar and Dee Ex Bee’s one-two finish in the Epsom Derby on June 2 and Sheikh Mohammed’s lifting of this boycott serves as a war siren.

Although both horses are from the pre-boycott era at Godolphin, their move to mop up Galileo colts and fillies at the sales has reset the parameters — the tide is turning and Sheikh Mohammed has narrowed his focus on the top once more.

Money is no object and he’ll now zero in on the best, irrespective of whether they are Coolmore-bred or not.

With the likes of Camelot and Australia now at stud for Coolmore, John Magnier will be keen to re-assert dominance, starting with Saxon Warrior, a future breeding star himself and grandson of Galileo, reversing Epsom form with Dee Ex Bee and atoning for his defeat to Masar at the Curragh.

The future of the Coolmore-Godolphin rivalry over the next 20 years will perhaps be even more fascinating than the last.

The money circulating at sales across the world will increase as Sheikh Mohammed goes to war with Coolmore for the top horses, without self-imposed limitations.

What legends will be spawned from Godolphin’s Galileo acquisitions? Where will the next diamond bloodline form?

Coolmore have their recent Derby winners to come, Masar may go to stud as a track star, Dubawi and Galileo continue to impress, and now more than ever, the gloves are off.