Update on Kildare Local Election count at 9.30pm on Sunday: Two over the line in Leixlip and Maynooth, no word from Newbridge or Clane 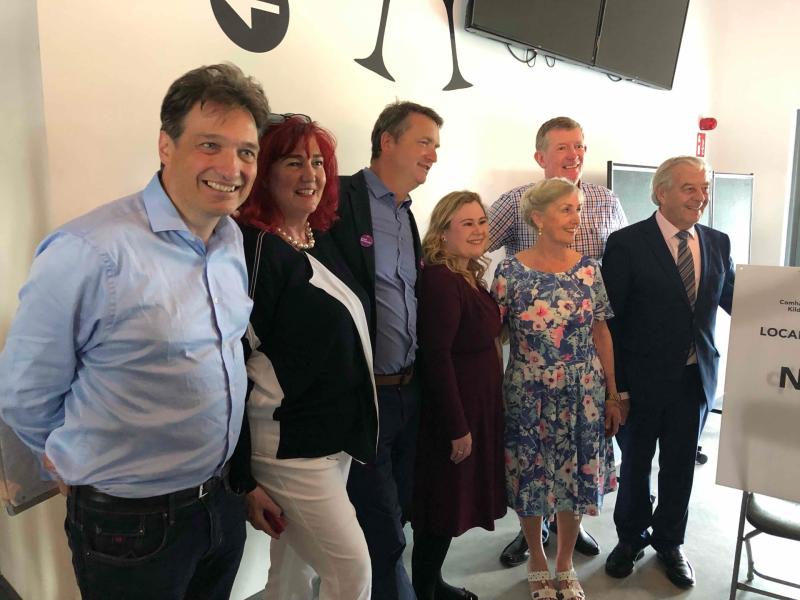 Update at 9.30pm: Cllr Joe Neville, FG, has been elected on the first count in the Leixlip LEA, and Fianna Fáil's Naoise Ó Cearúil is across the line in Maynooth. No elected councillors - or first counts - have as of yet been announced for Clane or Newbridge.

Update at 7.30pm: After a lengthy lull at the count centre after the first four LEA counts were completed (see below), results are starting to come in for the final four - Maynooth, Clane, Newbridge and Leixlip. Follow our Election Live Blog throughout this evening for up-to-the-minute coverage

4.30pm: The Naas LEA count is over and seven councillors have been returned - a mix of new faces and old hands. Evie Sammon of Fine Gael was the second elected, and the remaining five -  Carmel Kelly (FF), Bill Clear (SD), Anne Breen (Lab), Fintan Brett (FG) and Seamie Moore (Ind) - were elected without reaching the quota. Naas poll-topper Vincent P Martin of the Greens was returned last night.

It was a fight between Fianna Fáil newcomer Brian Larkin and Clear for the last seat in Naas. However, the surprise few would have predicted earlier this week was that long-time - and sometimes controversial - Fine Gael councillor Darren Scully, a former poll-topper, would lose his seat by a good margin.

Elsewhere, Sinn Féin's Patricia Ryan was returned this afternoon for the fifth seat in the Kildare LEA, joining Fine Gael's Kevin Duffy and Mark Stafford, and Fianna Fáil's Suzanne Doyle and Anne Connolly. It was news that was well-received in Monasterevin, which had been lacking a local representative on the council for 35 years, and now has two with Ryan and Duffy.

The Athy, Celbridge, Naas and Kildare LEA counts are now completed, and 21 out of 40 councillors returned.

Counts are ongoing in Newbridge, Clane, Leixlip and Maynooth. Follow our live blog from the Punchestown count centre for news and results as they happen.