Count will continue into Monday at Punchestown 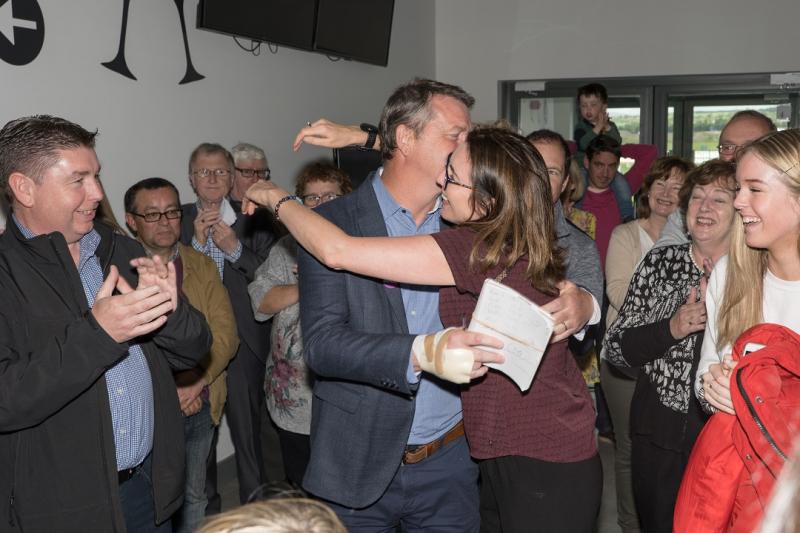 Social Democrat Bill Clear is congratuated by his wife Annmarie after his election to Naas LEA on Sunday. Picture: Tony Keane

As of 12.30am, as Kildare Local Election 2018 heads wraps up for the night, 30 out of 40 councillors are so far elected - and five Local Electoral Areas, Athy, Naas, Celbridge, Maynooth and Kildare, have finished their counts.

Earlier this evening, Cllr Fiona McLoughlin Healy (Ind) was first past the post in Newbridge, having topped the poll with 22% of the first preferences. Nobody else has been elected there, and the count has been wrapped up for the night after count two, to recommence in the morning.

Nobody has yet made it out of five-seater Clane, which was also formally suspended, to recommence again tomorrow.

A full list of councillors elected so far to Kildare County Council can be found HERE, and if you're only catching up, read the day's results, analysis and the rest as it happened from the Punchestown Count Centre on the Leinster Leader Live Blog.