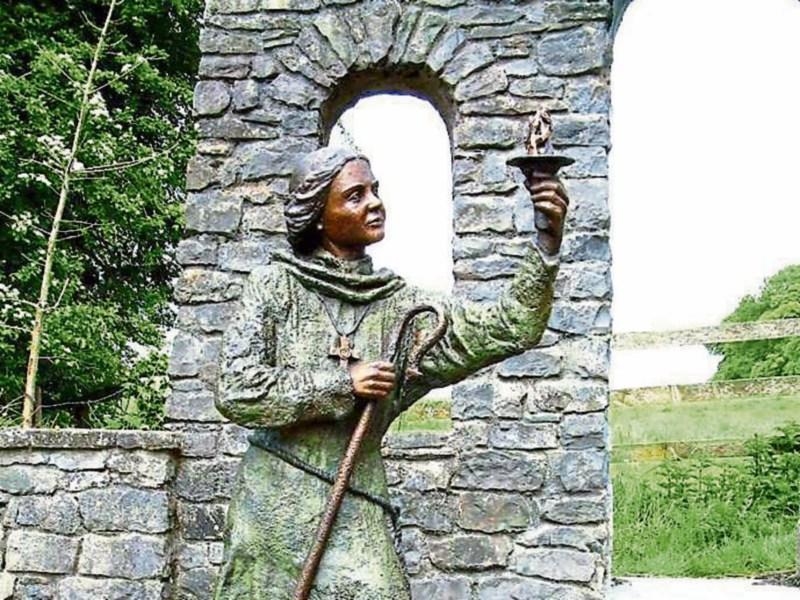 A campaign to bring back the relics of St Brigid to Kildare has begun ahead of the 1500 anniversary years since her death in 2023.

According to the records her relics are to be found all over Europe – part of her head is in a small chapel near Lisbon in Portugal, a portion of her cloak is in Bruges in Belgium and a relic is in Great St Martin Church, Cologne in Germany while closer to home her foot is supposed to have been in Cashel

According to Kildare town’s Executive Librarian Mario Corrigian, who is fronting the campaign, there are many dates given for St Brigid's death but most often is the year 523 so in 2023 it will be 1500 years since her death.

“This is a major event and could be a remarkable event for Kildare and Ireland,” he said.

"When the Relics of St Therese were brought to Kildare literally hundreds of thousands came to see them but what a coup if the relics of Brigid could be brought back also.  A small portion of skull in reliquary in Killester, Dublin; Church at Kilcurry. And there are associations with Louth, Armagh, Downpatrick, Kerry, Clare."

He added that it could be possible to bring one or two home if not all but in terms of Lisbon and Bruges unless there was support from the government and the Church.

“While it is possible to have an international conference  the bringing of the Relics home on loan – as they are not going to donate them- would be a major coup. There could be great scope for an Annual or biennial Peace conference centered around the Saint.”

Mario was also keen to stress that is is not just a religious event but so much more.

"St Brigid is the patroness of Ireland - a woman in Irish history when so few are notable in those early years - an example to women and girls everywhere - to people the world over - of generosity, good works, peace and self-sacrifice," the chief librarian said.

"She is the Patron saint of brewing and there are claims that apart from being the second patron saint of Ireland, St Brigid is also the patron saint for babies; blacksmiths; boatmen; cattle; chicken farmers; children whose parents are not married; dairymaids; dairy workers; fugitives; infants; mariners; midwives; milk maids; poultry raisers; printing presses; sailors; scholars; travellers; water men; creativity scholars and poets. She was a a Christian - Saint - Pagan - Earth Goddess - Woman. So let's Bring Brigid home.”

SEE ALSO:Look out for well known Kildare town landmark in this Christmas add