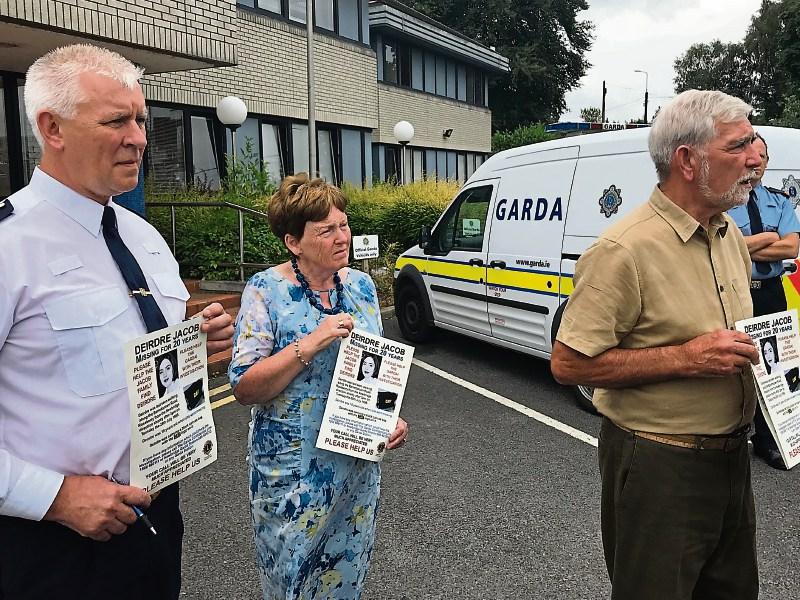 “This is an open appeal to anyone out there. We’re totally in the dark as to what happened to Deirdre. If there is a person or persons that has information they’ve been holding onto it for a long time – it must be a burden at times – come forward and get it off your mind and you will certainly feel the better of it.”

Tomorrow is the 20th anniversary of the disappearance of Newbridge woman Deirdre Jacob, who disappeared from outside her home in Newbridge on July 28, 1998.

Her parents Michael and Bernie made a heartfelt appeal outside Naas Garda Station earlier today asking for anyone with "any nuggets" of information to come forward.

“This is the 20th year of Deirdre’s disappearance," said Michael.

"We are appealing to anyone out there who has even the smallest shred of information about Deirdre to please come forward. We’re pretty confident that there are some people or at least one person who has information that has held on to it for a long long time. Now would be a good time to clear their mind and tell – and there are many ways in which they can do that. They came come directly to the gardai and they will find that the gardai will be very sympathetic because they need that little piece of  information.

"A huge investigation has taken place over the last few years and many interviews. It's a case that is like a big jigsaw and there are few pieces missing and we are appealing to whoever is out there that might have those pieces to please come forward, and when those pieces come forward the case might well advance very very quickly. We are desperately appealing for those tiny nuggets of information."

The Newbridge man described the manner in which Deirdre disappeared from outside the gate of the family home 20 years ago. She had been visiting her grandmother and running some errands in Newbridge.

"She was walking back from town she was spotted at the gateway, when Bernie came home from work at 6pm she was very surprised to see the double lock on the door which wouldn’t be the case if there was anyone in the house. Where was Deirdre? That was the first indication that something was amiss. 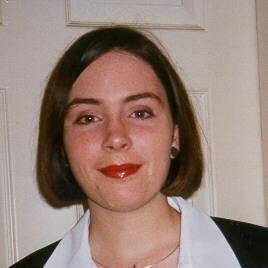 "We very quickly rang around her friends and later that evening we went to Newbridge Garda Station. The gardai checked around Newbridge on that evening around 10pm and 11pm that night and then the following morning a massive search took place lead by Sgt Seamus Rothwell."

Sgt Rothwell has maintained close links with the Jacob family over the years, and was present at the appeal at Naas Garda Station this morning.

"That search went through every hedge, ditch, piece of bog, woodland, whatever was turned over and was searched and that search continued on for a month. And there has been many reviews since then."

It was a hot summer that year and Kildare was doing well in the GAA.

“Kildare was on the crest of a wave with the GAA and Deirdre had gone to a few of the matches,” he added.
“We’re as wise today as the first day Deirdre went missing. We are wrestling with it all the time. It has been a long desperate twenty years.”

"Deirdre was last seen around 3pm as she crossed the road towards her home here in Newbrige and she has never been seen since," he said.

"We commenced an investigation almost immediately and that investigation has been in place for the past 20 years. We're constantly looking for a new information from the public and we're actively seeking people who haven't come forward previously who may have that nugget of information that could help us to progress this information."