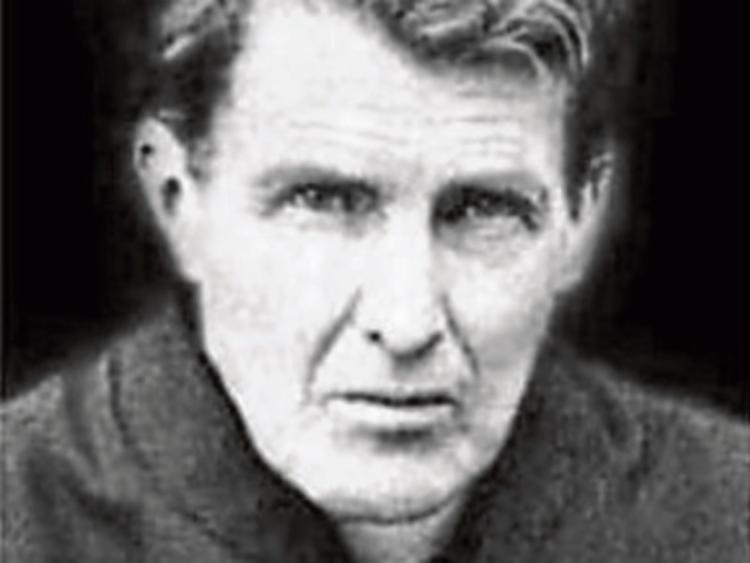 Anticipating the mind of the Vatican is never easy but there is speculation that Pope Francis on his imminent visit to Ireland will give a sign that he intends to proceed with the canonisation of Fr John Sullivan, S.J., the Jesuit priest who from his base in Clongowes Wood College near Clane ministered unselfishly to the people of mid-Kildare in the years from 1907 to 1933.

Long before his powers of consolation and healing were recognised at higher levels, John Sullivan was regarded as a saint by the people of mid-Kildare, especially around the Clane, Rathcoffey, Prosperous and Straffan areas. But his graces were sought out by the public further afield, with documented cases of people in Naas and in Celbridge experiencing recovery after his prayerful interventions.

Pope Francis, a Jesuit himself is well aware of the reverence in which his Jesuit confrere is held. Just over four years after Francis was elected Pope in March 2013, he had advanced Fr John Sullivan along to the second and third stages of the process towards canonisation. This was remarkable progress given that the first steps towards canonisation of the Clongowes-based Jesuit were taken as far back as 1941, when the Jesuits and the Archdiocese of Dublin began to collect evidence of Fr John’s works of healing and mercy among the people of Kildare.

1960 was to prove a significant one in the cause of Fr John Sullivan. His remains were exhumed from the community cemetery in Clongowes and transferred to St Francis Xavier church in Dublin’s Gardiner Street where his shrine would be accessible to the many Dubliners who had great devotion to Fr John. However Kildare people have not forgotten his first resting place, and the site of his former grave in the cemetery at Clongowes is marked with a white cross — often adorned with Rosary beads — which contrasts with the black crosses marking out other interments in the cemetery.

In the same year, the volumes of evidence collected by the Dublin Archdiocese were brought to Rome by an Irish diplomat Mr Séan O’ hEadeáin, who — by coincidence — had grown up in Naas. The Vatican authorities stirred and declared John Sullivan “a servant of the people of God” which is the first of four stages on the road to canonisation. But after that flurry of activity nothing more was heard from Rome for decades. Popes came and went but there was no signal — despite the prayers of Irish devotees of John Sullivan — of any advance in his cause.

It had to wait the election of a Jesuit as Pope some 54 years later that the cause of Fr John was advanced to the second step and he was declared “Venerable” by Pope Francis in November 2014. And from there things began to accelerate — less than three years later news arrived of his being advanced to the third stage of holy recognition that of “Blessed”. His beatification in Gardiner Street was the first such liturgy ever to be held in Ireland; Clane was well represented at the spectacular ceremony while a commemorative Mass attended by many hundreds took place some days later in Clongowes.

The fact that Fr. Sullivan was a member of the Society of Jesus, or Jesuit as is more widely used, and that the current Pope, Francis, is also a Jesuit must surely have something to do with such acceleration of what had been a slow moving file in the Vatican labyrinth.

That said, the Pope, while no doubt feeling a fraternal sympathy with the Irish Jesuits (led by the indefatigable Fr. Conor Harper who heads up the Irish Jesuit campaign) who are promoting Fr. Sullivan’s cause, is undoubtedly more impressed by the testimony of his manifest gifts of holiness and healing which were so valued by people of Clane and surrounding parishes and which are invoked to the present day in times of illness or distress.

Another remarkable dimension to the story of Fr. John Sullivan is the strongly ecumenical nature of his legacy. He was born to a Protestant father and a Catholic mother and brought up in the faith of the former.

As a young man, John Sullivan had followed his father’s footsteps and trained as a lawyer and had all the social advantages of high Dublin society. But discreetly he decided on a change in direction. One day in 1896, without telling anybody, he went to the Jesuit Church in Farm Street in London where he was received into the Catholic Church. That he was very serious about his conversion was clear when he declared that he wanted to study as a Jesuit priest.

Fr. John Sullivan was ordained a priest of the Society of Jesuits on the 28 July 1907. Most of his priestly life was spent in Clongowes but he was different from his confreres who concentrated on educating a new Irish political and business class within the college. Neither a noted preacher nor teacher, Fr. Sullivan found his vocation in ministering to the people who lived in the hinterland of the college. He soon became a familiar sight on the roads around Donadea, Rathcoffey, and Clane as he visited the homes of the ill and indigent.

As word of his healing gifts spread he was in demand from further afield with documented instances of people from the likes of Celbridge and Naas seeking him out in times of distress. His only medicine was that of prayer, and he was not always successful but he managed to bring consolation even to the incurable and such support was valued by the people in hard times.

And what news might Pope Francis bring with him when he comes to Ireland later this month?

Attempting to read a papal mind-set is an impossible task but there has to be expectation that the Pope, when in Ireland will make some mention of Fr John Sullivan.

While any canonisation ceremony would take place in Rome, an indication from the Pope over the coming days that he intends to advance John Sullivan’s path to sainthood would make the papal visit nothing short of a miracle to Fr Sullivan’s many devotees in Kildare and farther afield.