Shackleton's voyage on the James Caird 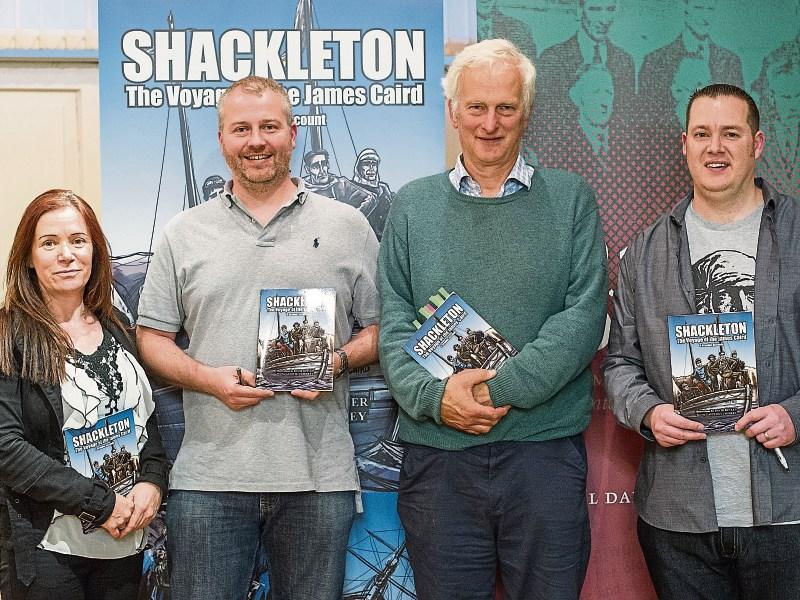 The book launch of Shackleton The Voyage of the James Caird A Graphic Account took place recently in the Shackleton Museum, Athy Heritage Centre, and was launched by historian Jonathan Shackleton.

The book was illustrated by a Kildare town illustrator David Butler while the author is Gavin McCumiskey.

“Our aim of the book was to fill in the gaps missing in the visual telling of the story and tell the parts that the photographer never captured,” said Mr Butler.

He added: “The amazing boat rescue is largely overlooked in the books about the bigger story. We also wanted to give a fresh retelling of the now 100-year-old story and introduce Shackleton and Tom Crean to a whole new generation of readers.”

Historian Jonathan Shackleton, a cousin of the intrepid explorer, presented the Kildare flag he brought recently to the Antarctic and the site of Ernest Shackleton's grave in South Georgia Antarctica, back to the Shackleton museum in Athy.

Kildare County Council Director of Services Peter Minnock presented it to Frank Taaffe representing the Heritage Centre and the Shackleton Committee. It will form part of the permanent Shackleton exhibition.

Local committee member Kevin Kenny told all present of the addition of a replica artwork of the James Caird lifeboat on the River Barrow to coincide with the launch.

The rescue mission of the James Caird was undertaken by Shackleton and his crew in a small-boat from Elephant Island to South Georgia in the southern Atlantic, a distance of 800 nautical miles.