WATCH: Made of Athy plaque in honour of teacher and writer Michael Delaney unveiled

The family and friends of the late teacher, writer and Kilkea native Michael Delaney (Micheál Ó Dubhshláine) made the trip from Kerry to Athy on Saturday, March 16, as a plaque was unveiled in his honour outside Frank O’Brien’s pub on Emily Square.

He was the latest to be honoured in the ‘Made of Athy’ series, a brainchild of local man Colm Walsh to honour artists and musicians with links to the town.

Micheál’s grandchildren and wife Áine cut the ribbon on the plaque before a video featuring his song Famous Fair Town of Athy was played in the pub.

The author, who passed away in 2006, aged 64, was a champion of the Irish language and rose to national prominence in the 1970s when he fought a campaign to keep Dún Chaoin NS open. 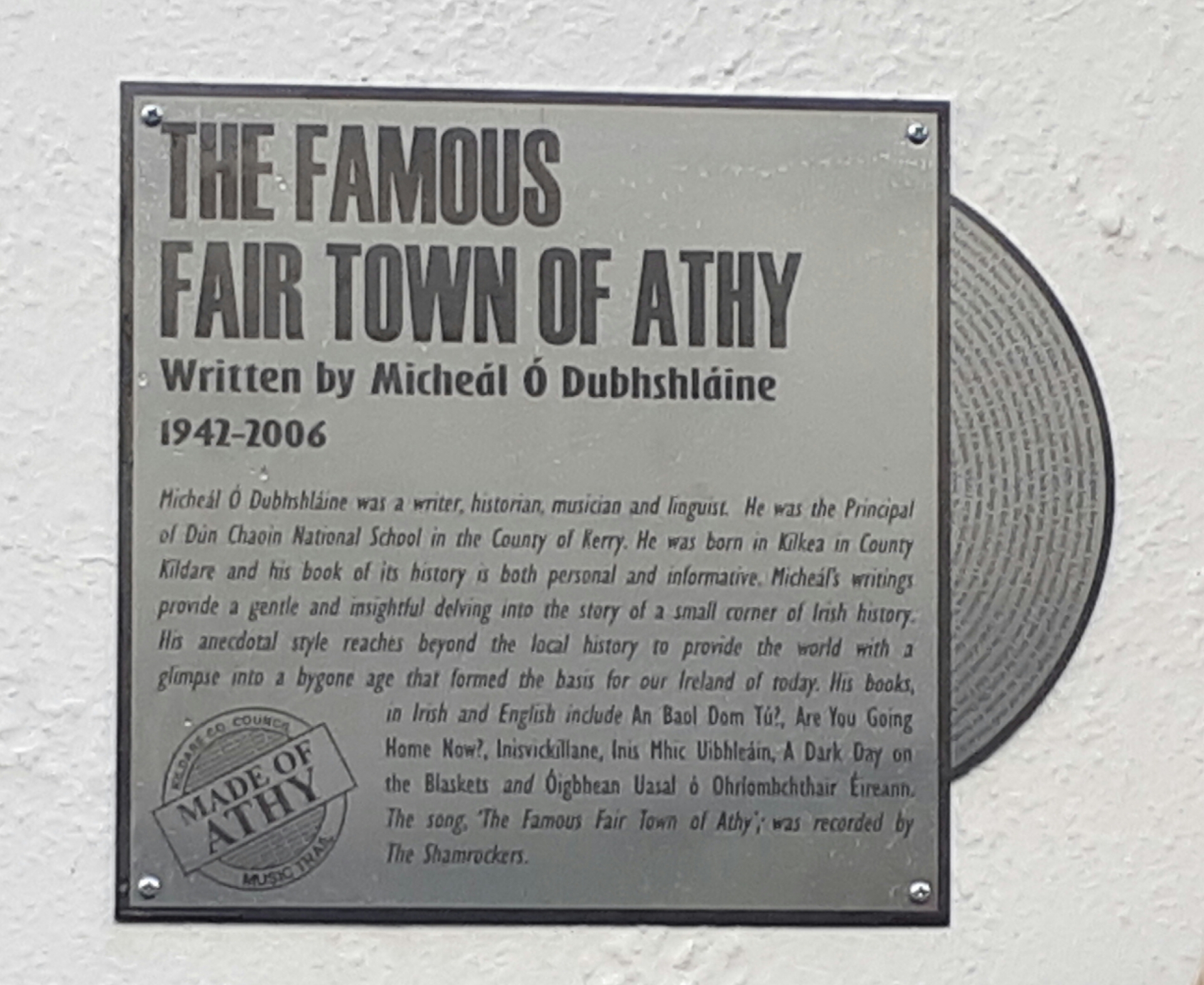