Memorable win in a cracking game against Kerry and Munster champions 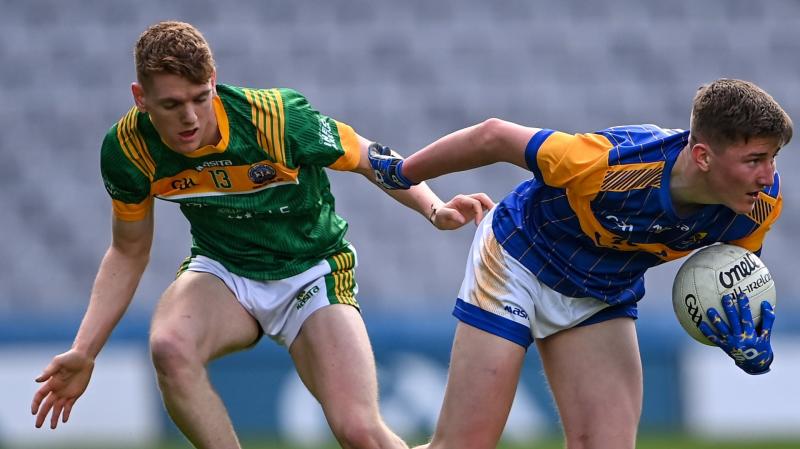 Naas CBS were crowned All-Ireland PPS champions and holders of the Hogan Cup for their first time following a two point win over St Brendan's of Killarney in a cracking final played at Croke Park this afternoon.

A mighty game of football that was in the melting pot until a brillian Kevin Cummins goal in th 58 minute and while Brendan's came with a seond goal of their own it was not enough as Naas CBS won on a final score line of Naas CBS 3-14 St brendan's Killlarney 2-15.

Naas enjoyed a fair bit of posession early on but did not put that dominance on the score board. However after going through a bit of a stick pitch came alive before the break hitting 1-2 inside three minutes just before the break, the goals from Fionn Cooke and Kevin Cummins.

Naas led by six at the break 2-6 to and certainly looked in the driving seat. St Brendan's opened with a cracking goal inside a minute of the resumption and while they reduced the lead to a single point, they never got level and Naas deservedly held on to win by two.

The man of the match award went to Kevin Cummins, who scored 2-5 in a memorable display.