One way traffic all the way against Athlone CC 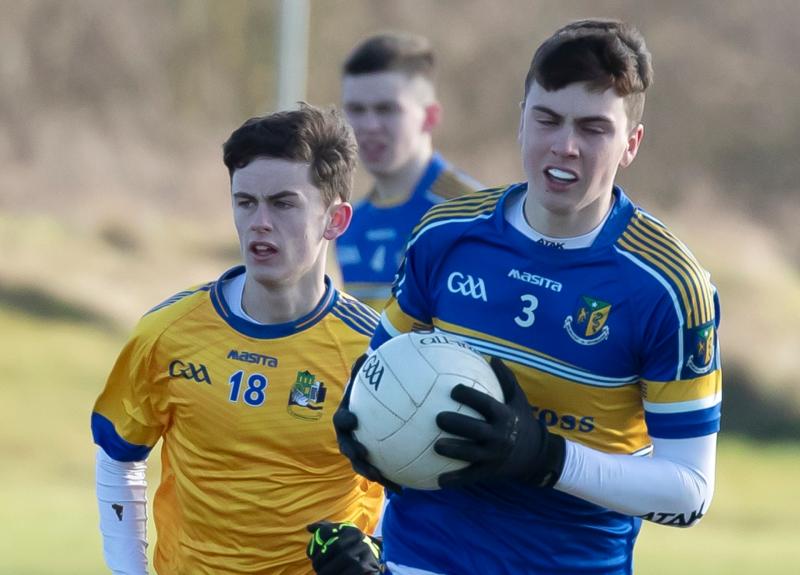 Holders of the Bro Bosco Cup Leinster PP Schools 'A' 2019 champions, Naas CBS, strolled into the last eight of this season's competition with a comprehensive win over Athlone CC this afternoon, at a bitterly cold Raheens GAA Headquarters.

Hot favourites to advance, the Ronan Joyce managed team did not have to move out of second gear as they dominated from start to finish to book their place in the quarter finals.

Leading 3-10 to 0-1 at the break, the goals coming from Kevin Quinn, Alex Beirne and James Dalton, Naas have had tougher training sessions as they attempt to put back-to-back Leinster titles together and if this is anything to go on they will take a bit of beating.

Simon Murphy and Neil Aherne added two more goals in the second half as the boys from the county town school ran out winners on a final score line of Naas CBS 5-18 Athlone CC 0-7.

Manager Joyce said after the game that while he was happy to advance added "the main thing for our lads now is to stay focused; we will have stiffer games than that; happy to win and to get more lads on the pitch."