Early starts on Saturday due to All Ireland final replay 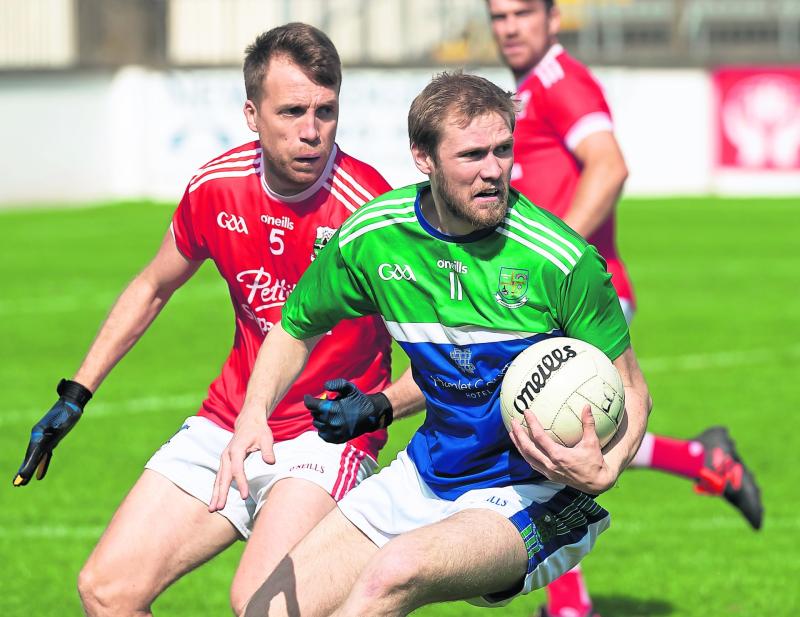 It's quarter final time in the Joe Mallon (Renault) Motors SFC and Pittman Traffic IFC this weekend while relegation semi finals at both levels are also down for decision, along with semi finals of the Tom Cross JFC.

Due to the All Ireland final replay on Saturday in Croker at 6 pm, there is an early start on Saturday at both senior and intermediate level; hardly ideal but option times are limited.

Celbridge and Confey get proceedings under way at St Conleth's Park at 12 noon, the sides from the north of the county clashing for the second time in a few weeks. Celbridge had little difficulty in getting the better of their rivals then and it is very difficult to see anything other than a comfortable win for Paul Curran's side. The final score two weeks ago was 3-13 to 1-6 and while Confey showed improvement when defeating St Laurence's last weekend, difficult to see them bridging that gap.

Champions, Moorefield take on surprise packets Maynooth in the second game at Headquarters, throw-in 1.45 and while Maynooth have done very well to top their group, it is difficult to see them advancing to the semi final. Having said that they are more than a capable side, little to lose against a Moorefield side who have been playing somewhat in fits and starts to date. Nevertheless Ross Glavin's side get the nod to defeat his brother-in-law managed Karl Ennis' team.

Up in Hawkfiled the SFC Relegation semi final throws-in at 12 on Saturday and here Round Towers will be hoping to get the better of Two Mile House. Could be close, The House have been playing decent without getting the results while Towers were just pipped by Carbury in the prelminary quarters. Providing Towers have something near their strongest side on duty they just might get over The House, but it could be closer than many might expect.

The second game at Hawkfield is the Pittman Traffic quarter between Clogherinkoe and St Kevin's (1.45) and this could be one of the games of the day. Clogherinkoe have already got one over on Kevin's but since that Kevin's have been showing big improvement; could be close, don't rule out an extra game needed to decide this one.

On to Sunday and another busy day.

At St Conleth's Park Sarsfields should have too much power, again, for Eadestown while the Athy and Johnstownbridge is a very interesting one indeed.

Sarsfields are going along very nice under Davy Burke and while Eadestown have enjoyed a great season to date, hard to see anything other than a comfortable win for The Sash.

Athy got the better of Johnstownbridge just two weeks ago and will be confident of repeating that result. One of the favourites to go all the way, Athy will need to be on top of their game, The Bridge have some really top quality players, they do lack the depth in strength that Athy have and that should be enough to get the boys from the south of the county over the line.

In the opening game of the day at Newbridge, 2 pm, Caragh take on Robertstown in the semi final of the Tom Cross JFC and again this just might be a fairly close affair. Both have been moving well of late, Caragh have won four from four in Section A, while Robertstown have won three of their four games in Section B.

Difficult one to call but a slight preference goes to Caragh.

In Hawkfield a game that could go a long way deciding the winners of the IFC sees Monasterevan take on Kilcock (2pm), both sides are playing well but Monasterevan can be expected to advance albeit after a very tight clash.

In the semi final of the Relegation SFC Naas take on Raheens at 3.30. Naas would be favourites to extract themselves out of this relegation dog fight but Raheens will not go down without a fight, they were desperately unlucky not to get over Carbury but having said that the vote goes to Niall Cronin's lads to end their senior championship nightmare on a positive note.

The last game at Hawkfield is the second semi final of the Tom Cross JFC where Ballymore take on Rathcoffey. The former are favourites to take the title bwhile the latter topped their group, but at the end of the day Ballymore should prevail.

Two IFC quarter finals games are fixed for Conneff Park, Clane on Sunday, the first should see Leixlip continue on their successful journey when they take on Straffan while Alenwood should have enough to get the better of Sallins.