Kildare: things getting tight but not over yet

Blow for Lilies as Meath prevail 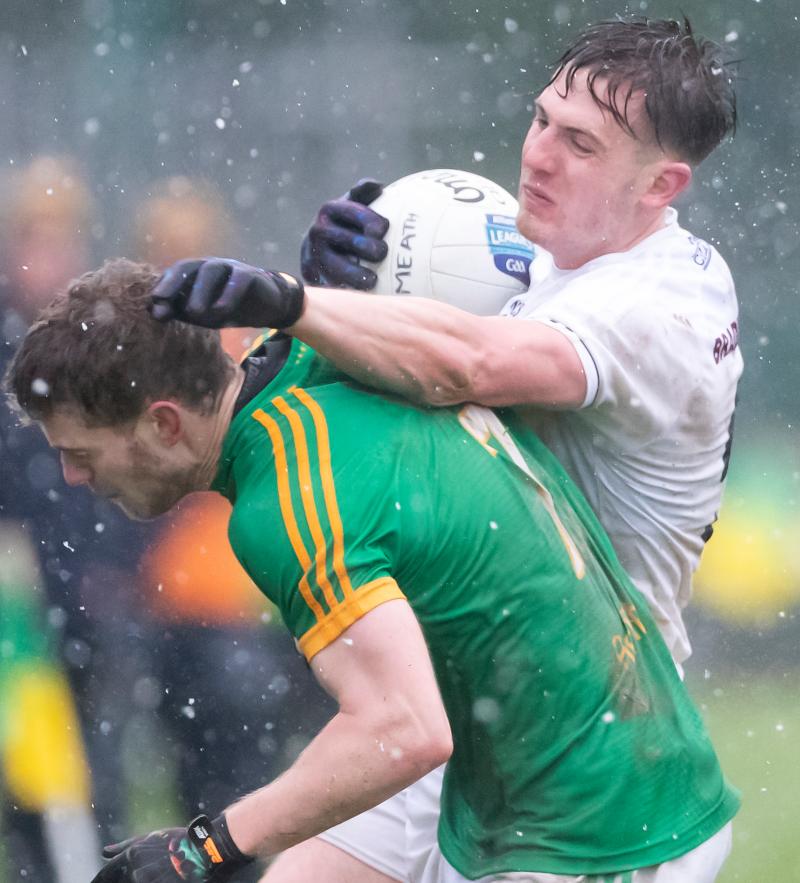 At the start it was cold and breezy, very cold, so cold in fact that a few young lads took to the toilets of the soon to be revamped stand at Pairc Tailteann to consumer their tray of curry chips. Not a pretty sight. Health and Safety brigade have been notified.
The seating area, well middle area of the stand, was full early, a few Kildare fans were not overly pleased I can tell you; then again it's not like they are used to the lap of luxury back home is it now.
We were not long under way when the white stuff arrived. Kildare had it on their backs in that opening half and certainly while the wind was not overly strong early on it most certainly picked up later.
Kildare opened brightly, in fact one could say The Lilies were light shining knights in the show in that opening period.
Playing some attractive football they tore into Meath with early points and a goal that would not be out of place on any stage or in any arena.
A kick out, a catch, a direct kick pass, a player using his pace and skill and showing tremendous confidence, Ben McCormack buried the ball in the bottom right hand corner of the Meath net.
Happy days.
And by half time that lead had moved to a very encouraging five points, even if the home side would have the benefit of the elements on the resumption.
But there were a few downers nevertheless. Kildare lost Ben McCormack two-thirds the way into that opening half. That was a big, big loss.
Cian O'Donoghue looked to be in trouble with a leg injury but after treatment, on more than one occasion, carried out.
In the meantime Kevin Feely was picking balls out of the snow- filled sky with aplomb and The Lilies even managed the reduction to 14 men impressively after Mick O'Grady got a ten minute stint in the invisible bin; in fact when the Celbridge man was 'released' to resume Kildare had increased their lead by a point.
So, all well at that stage, as the half time whistle arrived.
Further good news for The Lilies as the lad on the PA roared out the result of the half time draw, with the winners getting to put their name on a €100 ticket, the prize, nothing short of a 3-bedroom house if you don't mind, so at least Athy's Con Ronan gained something from his visit to Navan on Sunday.
Now whether the bauld Con would want to up sticks and move to Navan is another kettle of fish, but as they say, if you're not in you can't win.
In the meantime the busy man on the PA had another announcement when he invited any young kids who had brought a ball with them to the game to go on to the pitch and play at half time.
Nice initiative mind you.
Reminds me of the time my good friend Seamus Aldridge refused players to have a kick-around during the break at St Conleth's Park.
Times they are a changing.
On we go.
The snow intensives.
The Royals are royaled up.
The home supporters make their voices heard as their favourites go about taking down the five point lead.
A point within a minute had the fans roaring as they tore into The Lilies in a game that was as near to championship fare as one could hope for.
Tremendous excitement in a game from the days of yore. Good, old fashioned football, both teams giving their all. Not a sign of a sweeper in sight but whole hearted stuff, epitomised by the heroics of Cian O'Donoghue.
Lilies lose their inspirational skipper Eoin Doyle, who was at the heart of everything good about Kildare up to that level; heavily strapped before a snowflake fell, he eventually had to give way.
Mark Donnellan followed later after a bang on his head following an incredible save.
Losing these lads would effect any side never mind Kildare.
The boys in white who were on top in the opening 35 minutes seemed lost in the snow; some of the younger lads were finding the going tough. The ball wasn't sticking; this was proving a big, big test for young and more experienced alike.
Still they hung in.
Time ticking by.
Five minutes of time added on; one gone, and Lilies still in front by two, but under extreme pressure having raised just one white flag in the second half.
Not enough.
By a country mile.
But despite two chances going abegging, one should maybe be looking further afield.
Lack of supply big problem.
Credit Meath though.
Re-adjusted at the break; smothered the middle; no clear fetching as they came forward again.
Penalty. Goal. Lead. Black card.
Lilies down to 14, plus with one man on one leg.
Little arguments but as they say when your luck is out your pig won't thrive.
If only it was as simple as that.
Not over yet though.
Two games to go.
Very tight league.
Next up, Tipperary, Saturday week, Newbridge.
Not over but getting uncomfortably tight.
And that's for sure