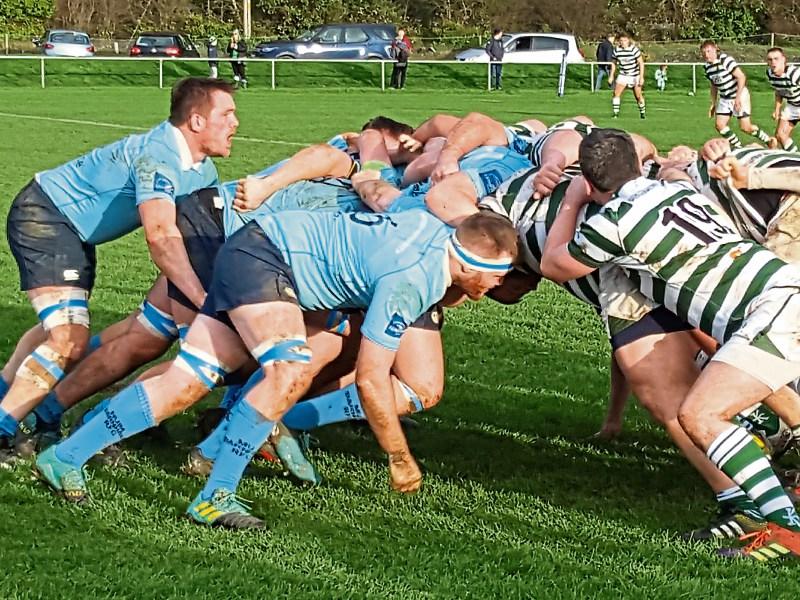 MU Barnhall took a step nearer to winning the All Ireland Rugby League Division 2B, title when they beat second placed Greystones, 17-11, at Parsonstown this Saturday afternoon, January 19.

The Kildare side maintained their unbeaten  record with a 17-11 win in a tough and close game.

A converted try in the first five minutes was followed by an unconverted one in the 15 minute.

Greystones won a pushover try in the final moments of the first half to leave it 12-5 at half time.

A penalty by the visitors early in the second half left it 12-8 and it was not until well into the final quarter and following pressure on the Greystones line did a third touchdown by MU Barnhall put them clear at 17-8.

A penalty by the visitors in the final minute left them with a bonus point and a 17-11 final scoreline.