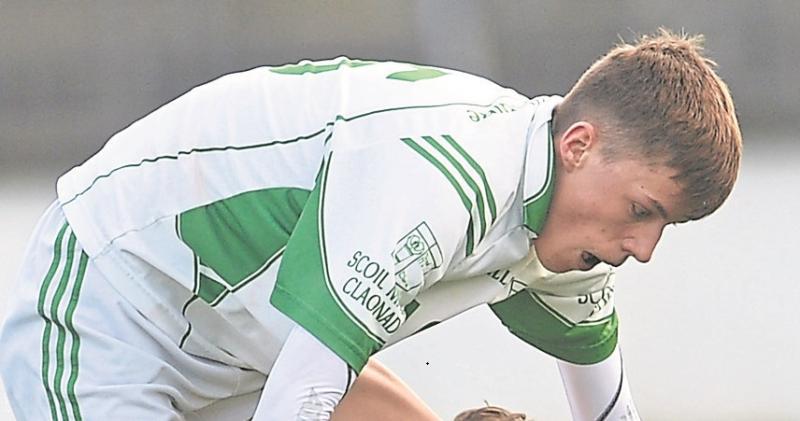 Scoil Mhuire, Clane, advanced to the quarter finals of the Top Oil Leinster Schools 'A' Football Championship quarter final with a well deserved 11 point (1-15 to 0-7) win over Patrician SC, Newbridge, at College Park, this afternoon.
The Padraig Carbury managed Clane side were full value for their win, playing some excellent football at times, they opened up the Patrician side, managed by Kildare's Tommy Moolick, on many occasions and but for some last gasp defending and the upright and crossbar coming to the Newbridge side's assistance on a few occasions the win would have been much greater.
Scoil Mhuire had the two best players on the pitch with Shane O'Sullivan putting in a powerful display in the opening half while his fellow Clane club man, Sam McCormack took over on the resumption, between them they scored a total of 1-12 with the latter getting the goal in the second half.
Scoil Mhuire led at the break 0-9 to 0-4 and while the second goal may have been somewhat fortuitous, a long free in from Shane O'Sullivan saw McCormack get the touch to get the ball over the line.