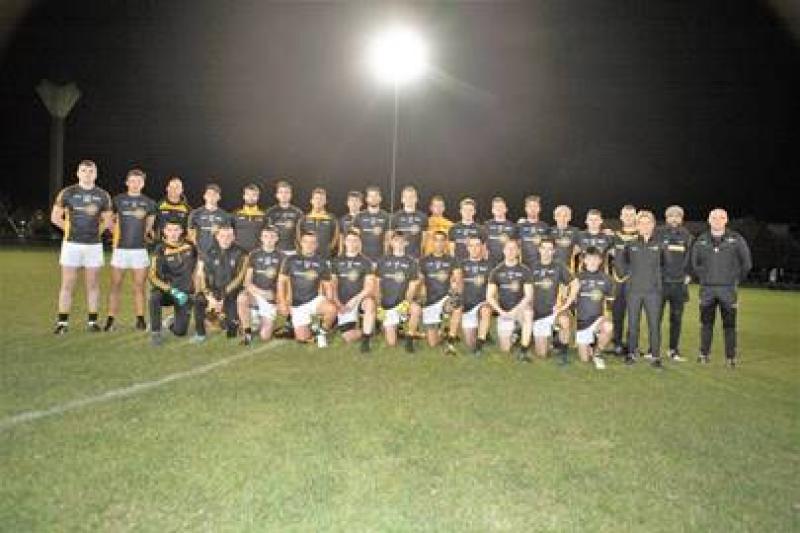 Moorefield's Anthony Durney has made it on to the Underdogs team to play Dublin later this month.

TG4 is proud to announce that the Underdogs will be taking on the four time All-Ireland Champions.

In this ultimate challenge game, the Underdogs of Gaelic football will be taking on the Top Dogs. GAA Beo will provide live coverage for the series finale from Parnell Park in Dublin next Friday, October 19.  The broadcast will start at 7:20pm, with match throw-in at 7:45pm.

The Underdogs team is managed by former Galway Captain Ray Silke, former Cork Ladies Footballer Valerie Mulcahy and former Kerry footballer Paul Galvin. The Underdogs is a unique group of players, from different GAA clubs all across the country and these footballers have never played at senior intercounty championship level before.

Over the last few weeks we have seen the players’ trials and training and listened to them tell their own stories on the Underdogs series on TG4.

Now, after months of preparation and intense training they are ready to take on the Dubs. The original Underdogs series began on TG4 in 2003 and launched the careers of a number of All-Ireland champions, not least Kerry powerhouse Kieran Donaghy and Cork’s Pearse O’Neill.

Dublin Manager Jim Gavin said, “I think the concept of Underdogs is a great one and we're looking forward to playing this unique game under lights in Parnell Park, against this team of aspiring inter-county footballers”.

TG4’s Head of Sport Rónán Ó Coisdealbha said: “TG4 are very proud of our association with the Underdogs series which featured on our station for the first time in 2003. We would like to thank all the Underdogs players and management, Dublin GAA and the GAA in Croke Park for all their support. This is a unique opportunity for the selected Underdogs players and hopefully we will see some footballers who might get the opportunity to play for their county in the near future. We are delighted to be involved in this unique experience and look forward to seeing how the Underdogs progress in the coming weeks and in the Final against Dublin.”

The Underdogs series continues to air on Thursday nights at 9:30pm, and repeated on Saturday at 7:45pm and is available on the TG4 Player

Tickets for the game are available on www.tickets.ie