Moorefield man in the running for final Underdogs team 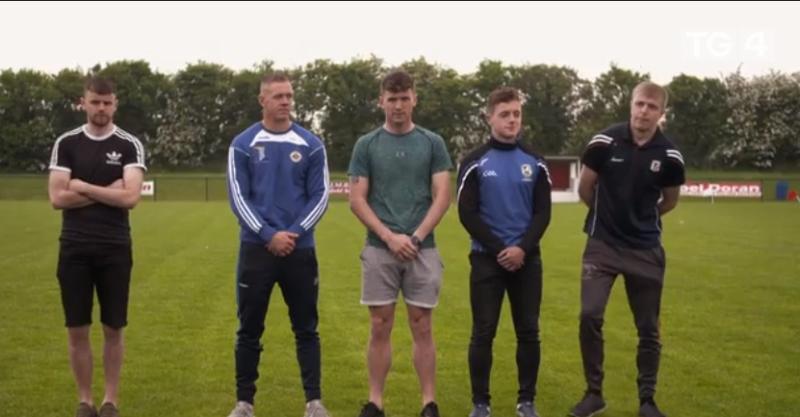 Anthony Durney's girlfriend may have initially encouraged him to apply for the Underdogs on TG4 but as soon as he got involved in the show, the Moorefield's man thirst for success kicked in.

On the first episode of the popular show which screened last night, Anthony was selected to go through to the next round.

"It's been so far, so good. It's great to play with such quality players from all over the country. I am happy with the way things are going at the moment. It's a great chance for me. It's a chance for players to get noticed and maybe get on to their county teams, it's a great opportunity for young players. It may be a bit too late for me, I'm 28 now, but you never know, it could happen," said Anthony.

He pointed out Kerry's Kieran Donaghy got his place on the Kerry senior panel after taking part in the Underdogs.

At training last night, Anthony's fellow Moorefield players were keen to get home to watch the programme at 9pm.

The centre half back said his late grandfather, Timmy Durney would have been thrilled to see him taking part.

"He was hugely involved in the club and my nanny, Helen Durney is delighted with the programme. It's great show for anyone interested in GAA," he said.

Anthony said he is old enough to have seen the last installment of the show ten years ago. When he and his girlfriend saw an add on the television flagging it's return, he filled her in about the quality of the show. She insisted he apply and filled in all the forms and encouraged him to do the video application.

He got an email back asking him to turn up for a trial game in Trim. He got through that stage and the next step was a session in Abbotstown, where he was also selected. The aim is to be selected for the live final on October 21 against an inter county team.

"Thanks to my girlfriend Devon (McGuirk) for pushing me to sign up. I'm glad I did it, it's a great experience and my family are delighted," he said.

The Newbridge man is hugely impressed with the calibre of the managers with Kerry's Paul Galvin, Galway's Ray Silke and Cork's Valerie Mulcahy.