The true measure of the man 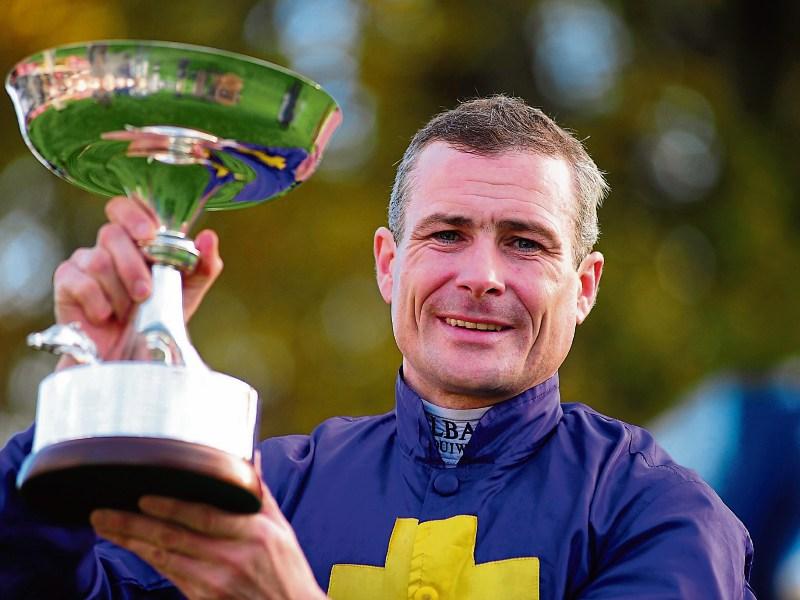 Pat Smullen, pictured claiming the Champion Jockey title for the ninth time in 2016

Pat Smullen has so often lit up the winner’s enclosure at the Curragh. His strength, dedication and sheer drive in the saddle has earned him nine Irish Champion Jockey titles, two Irish Derbies and the undeniable respect of the weighing room.

The news earlier this year that Pat had been diagnosed with a tumour on his pancreas and was taking an indefinite break from racing hit the sport hard. Tributes followed from across the world, but the Offaly man has been far from defeated. He has brought that teak tough disposition, honed on the track, into his own personal battle with ill health.

The sight of Pat at the Irish 1,000 Guineas meeting at the Curragh in May delighted his friends and colleagues, but it was also a show of defiance from a perennial winner.

Interviewed by Brian Gleeson on the day about his cancer battle, Pat said, “we intend to win this one as well.” That is the measure of the man.

It was the intent in those words that has made Pat Smullen the best for so long, and his longevity in the sport has been down to discipline, hunger and a work ethic that was instilled in him from a young age.

That combination is something intangible, a trait of true champions, and it led him to victory all over the world, including the English 2,000 Guineas, the Prix Royal-Oak in France, the Breeders’ Cup Marathon in the US, and two Irish Derbies, right here on the Curragh.

Speaking to myself in 2015, Pat talked about his early days in Rhode where his father was a farm labourer, his family were “very much working class,” and racing was but a distant proposition.

It was in fact Pat’s brother Sean that unexpectedly brought horse racing home, declaring one day that he wanted to work with horses.

Pat described this as “fairly out of the blue” but it was through his brother’s ambition Pat got his first glimpse of a racehorse.

“My father was dropping Sean off on a Sunday evening at Joanna Morgan’s yard. Joanna saw me, this small little lad in the back of the car, and wondered if I would be interested in coming down at the weekend and giving it [horse riding] a go, and that was it then.”

Pat progressed from ponies to racehorses by the time he was 13 years old.

He was still just a boy at 18 when Tommy Stack gave him a ride in the 2,000 Guineas. Smullen’s career was burgeoning and in the late 1990s he came onto Dermot Weld’s radar and that relationship would prove to be a turning point.

The pair worked at Dermot’s base at Rosewell House on the Curragh, and Pat said in the early days there, he gave his life to racing.

“When the children came along the priorities changed a little bit, but certainly in my younger days, racing came first and I gave up a lot of my life for it.”

Pat perfected his diet and fitness regime, and claimed his first Irish Champion Jockey title in 2000, in the era of greats Mick Kinane and Johnny Murtagh.

The first of those Derby wins came in 2004 aboard Grey Swallow for long-time boss Dermot Weld.

He was 10/1 for the race but in typical Smullen fashion, he rode him like an odds-on shot, with supreme confidence.

The field contained the Epsom Derby winner of that year, North Light, ridden by Kieren Fallon, and when they hit the front, it was lights out — they were preparing the trumpet and red carpet back at the grand stand. However, Pat bided his time, coming from the back inside the final two furlongs to take the plaudits at the line — then it was game over. 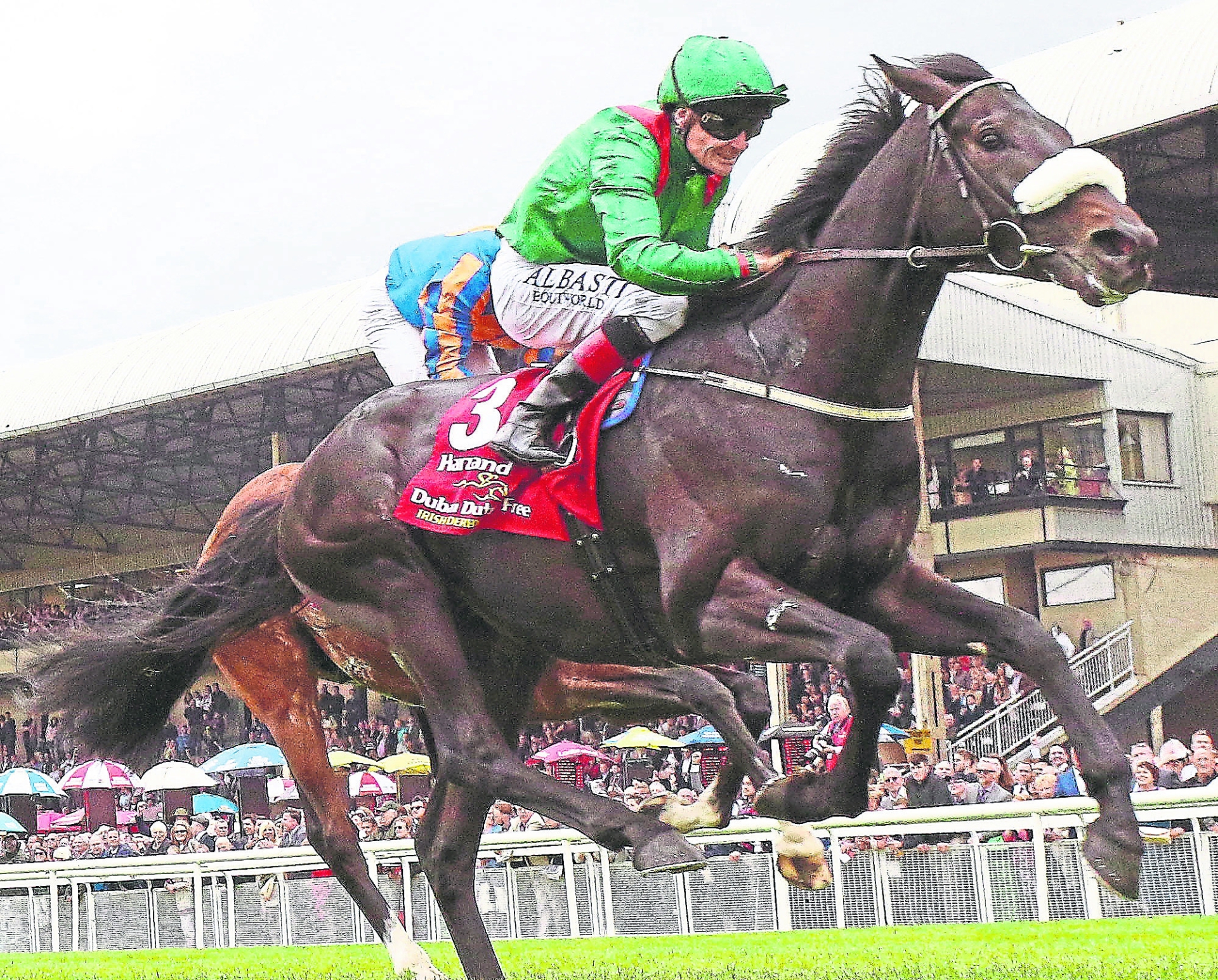 A hallmark of Pat’s career has been that never-say-die attitude. He has never once taken a result for granted. When he endured a four-year gap between Irish titles from 2010 to 2014, and younger blood like Joseph O’Brien had relegated him to second best, he went to the well again.

He raced at Navan, Dundalk, Naas and elsewhere to get the title back in 2014 — wherever there was a winner to be had, Pat went, because that’s what he is — a winner.

Harzand provided Pat’s second win in the Irish Derby in 2016.

Having won the Epsom Derby a month earlier, the horse came with a reputation but Aidan O’Brien lined up the calvary to try and take him down, including Idaho, ridden by his retained jockey Ryan Moore.

This time Harzand and Pat went to the front early in the home straight and when Idaho ranged up alongside for a battle to the finish, it looked like Pat’s mount was fading. For all the world it appeared Moore would continue past him, but Pat got to work, relishing the war of attrition for the final furlong.

He pushed to the limit, held on and won — again. That last sentence could in fact sum up his career on the track.

Pat Smullen has travelled the world as a top jockey, but never will two victories illustrate so well the character of a man as the Irish Derbies of 2004 and 2016.