Kildare ease to victory against Wexford in Minor Championship opener 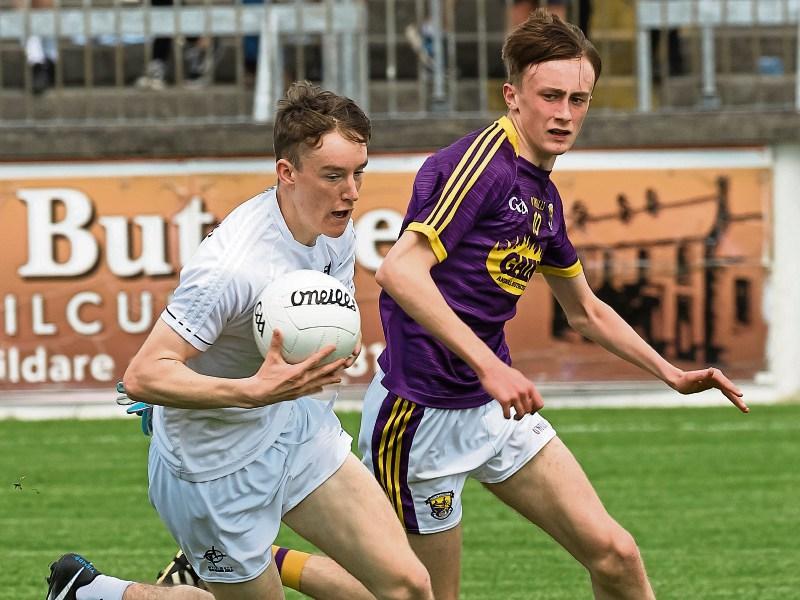 Kildare got their Minor Football Championship off to the perfect start with a resounding victory over Wexford on Monday afternoon.

Kildare were in brilliant form from the beginning and went into a quick 0-8 to 0-0 lead halfway through the half.

Paddy McDermott started the scoring with a left footed score and the floodgates opened after that with Alex Beirne and Muiris Curtin kicking three each as well as Jack Smyth scoring from play.

Lee Jordan did give Wexford brief respite with consecutive frees but Kildare soon refound their groove when they won a penalty in the 21st minute for a foot block which saw Wexford’s Ollie Gahan rather harshly sent off on a second yellow card.

Smyth missed the resultant penalty but he scored a point soon after to add to efforts from Beirne, Curtin and Padraig Behan in helping Padraig Carberry’s side to a 0-12 to 0-2 half-time lead.

Kildare continued where they left off for the second half with the lively Tom Browne kicking an opening minute point and Beirne doubled that effort of his Naas clubmate a minute later.

Jordan added five more frees for Wexford but in a game where the Yellow Bellies failed to score from play it was all one way traffic.

Further Kildare points were added in the shape of Curtin, Browne and Marcus Kiely while Beirne scored a cracking goal to round off a performance where he scored 1-5 as Kildare cruised to a very comfortable victory.