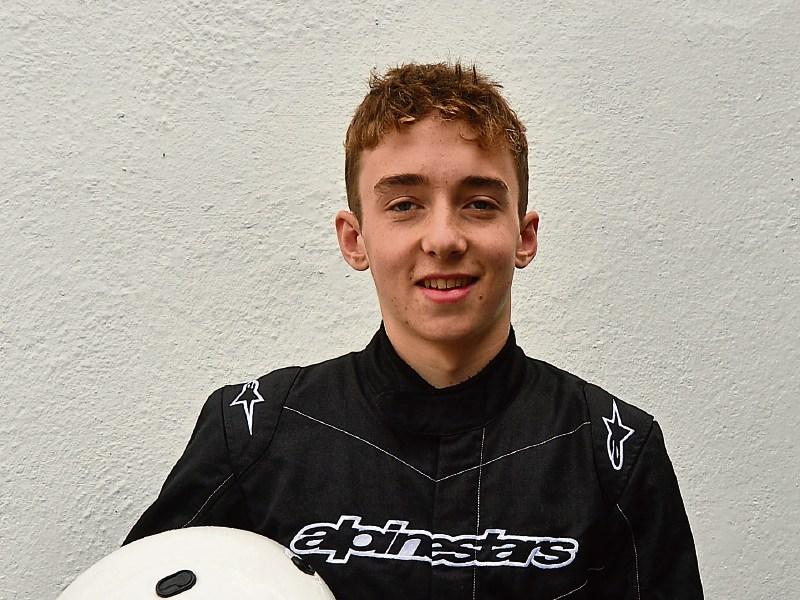 Congratulations to 18 year-old James Roe Junior from Naas, who has been selected as the Young Racing Driver of the Month for June. The Kildare driver had a busy month, fitting in eight races spread over two meetings at Kirkistown in Co Down and Knockhill in Scotland, in between sitting for his Leaving Certificate examinations at Newbridge College !

It was well worth all the effort, as James scored his first Formula Ford 1600 victory at Kirkistown immediately after finishing his exams. He also took two seconds and a third place during the month, and set the fastest lap in three of the eight races to prove that he is right on the pace in his Bernard Dolan prepared Van Diemen.

At the season’s mid-point, James holds second place in the Northern Ireland FF1600 Championship and fifth in the Avon Tyres British title chase. His plans are to complete the rest of the busy season in both series and also the three high profile end-of-year Trophy races, Kirkistown’s Martin Donnelly event, the Formula Ford Festival at Brands Hatch and the Walter Hayes Trophy at Silverstone.

James’ sponsors are Dennison Trailers and Robertson Low Insurance Brokers, and he is also one of the youngsters included in the Team Ireland driver development programme.

Roe began his motorsport career in Junior Rallycross at the age of 14, later switching to the Ginetta Junior class where was a regular winner. His Ginetta class lap record at Mondello Park has remained unbeaten for more than two years.