INTERVIEW: Kelly under no illusions what the Dubs will bring 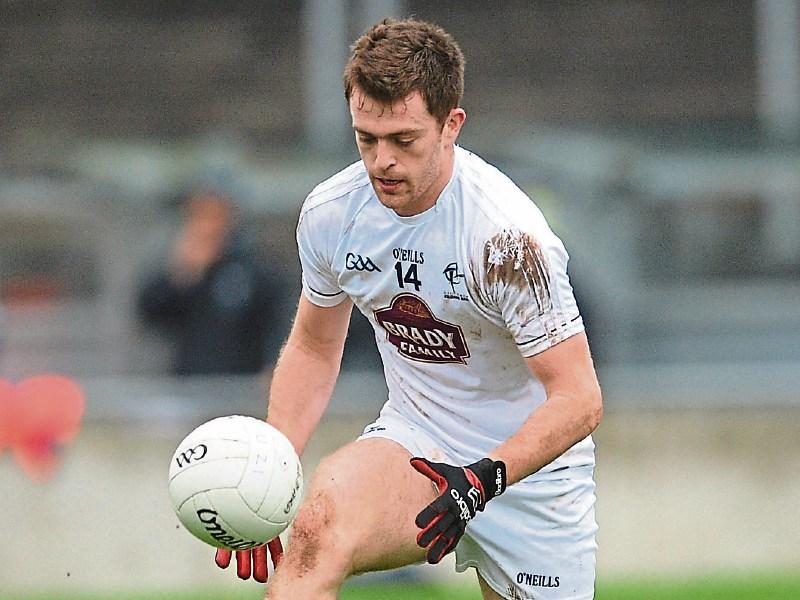 Athy man Niall Kelly is hoping to make a bigger impression in Croker on Leinster Final day than the team has made in recent years, and he's confident it's Kildare's to grab.

“That last few days we were there we probably haven’t done ourselves justice, the league final being the last one and it really was I suppose a setback and a wake up call for us that any big games you want to be winning are always in Croke Park so it’s still there for us.

“I suppose we haven’t played our semi-final this year in Croke Park as opposed to the last few years so some people would put that down to why we won the semi-final but realistically it can’t be something playing on our minds going into the final.”

Kelly said the team are under no illusions as to what the Dubs will bring.

“They were very impressive, all of us would have seen that, and as they have been over the last number of months and years, so it’s something that we’ve a lot of work to do to get up to that level and it’s going to be a massive test. And it's up to us then to match that and better it.

“I suppose going into this match with a four week break, you can tend to think about the match a lot and delve into things a bit more than you should so it’s just important for us that we keep the heads down rather than focusing on things we can’t control.”

The super centre forward said the team have always looked ahead to the next game all year, but never thought of a Leinster Final spot.

“For us to look ahead to a Leinster Final would have been a bit foolish on our behalf anyway I think.”

Talking about Croke Park Niall said: “It can tend to be a very lonely place, there might be whatever 50 or 60,000 at it but you can feel very lonely on the pitch so I suppose a good early start would be important against a team like Dublin who are ruthless and clinical at the best of times so I suppose that’s up to us to kind of ensure that we start quick and in the Laois game we didn’t start well and we were lucky enough to kinda come back on top.”

Kelly's direct marker on the day will be Cian O'Sullivan, but he said it may not pan out like that.

“Going into games I tend not to try look at who I directly marking too much. It’s a funny one because against Meath it was probably completely different in that they were pretty much man marking everyone so it is definitely a different kettle of fish.

“You might be marking six at any one time. It’s an unknown in terms of who you’ll be marking.

“Croke Park is a funny place like it’s very hard for anyone to be man marked because it’s so big, so it’s really about getting our system right more than anything because I suppose Dublin have been working on their system for the last few years and have it fairly down to a tee so it’s just about breaking that down.”

While the players themselves are under no illusions as to what the All-Ireland champions are capable of, Niall thinks there is a sense of realism throughout the county too.

“There’s always I suppose a level of expectation in Kildare and they do expect the team to do well  in any given year but I suppose people will see how dominant Dublin have been over the past few years and what they can do to teams so there is a realism there and I think that if we’re not up to scratch we could be Westmeath so it’s up to us to do as much work as we can and make sure we’re in a position to win the game.”

He also says the feeling on the team is a lot different from when they played Dublin in championship in 2015.

“I suppose the Meath game did really help that a lot in that we were quite happy after that, probably felt we put in a good shift. In terms of development and as a squad, probably mentally and physically we're in a better place than we had been previously.

“I could feel almost a sense of relief after the Meath game more than anything that we were back there. It was great to see that because I suppose it has been a while since it has happened in Kildare.

“This panel, while it's a young panel, probably been on the road a while now at this stage so we like to think we're probably in a better position than we have been previously.

“At the same time, going into any championship match you feel like you're in a good place once you get there on the day you don't really know where you're at.”

Pressure is something that the whole team feel going into this, but the confidence is also there in spades.

“It would be massive but at the same time going into the game you can’t really treat it as anything bigger than any other game, you can’t get caught up in the hype. It’s important for us to keep our heads on the ground, but at the same time it’s massive for everyone here and it really would mean the world and it’s just up to us to put in a massive shift.”

When asked whether a Kildare win is realistic, Kelly said: “I’d definitely like to think so anyway. I mean any given day it’s just going to be 15 on 15 so we just have to put our heads down and just have a real cut at it.

“We know their performance is going to be up to a level that we haven’t faced this year, or in the last few years, so we have full confidence in Cian and the lads to have us in a place that we’re ready both mentally and physically to deal with what they’re going to bring.”

Niall thinks the pressure surrounding the game is hyped up to be more than it is.

“I think it’s built up more for the players the fact it’s Dublin, probably adds a bit more pressure and probably less expectation from fans. There will be nerves in the lead up to the game but I don’t know if the Dublin factor adds anything to it in terms of nerves or the pressure that would be put on ya.

All in all, Kelly and all the team are just really looking forward to the big game and giving it their all.

“It’s just a great buzz around the county and it’s great for us to just be there or thereabouts.