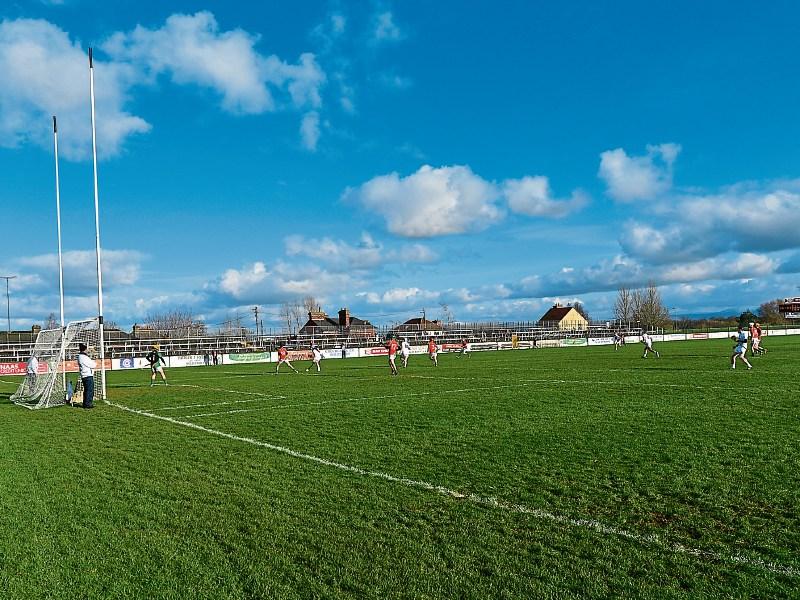 St Conleth's Park: sadly the All Blacks will never know what it's like to play at the home of the All Whites

Semple Stadium has not been included as a Rugby World Cup venue and the locals are not happy; in fact questions have been asked in ‘The House’ as to why it has not made the short list.

But there is another stadium that did not make it and many eyebrows have been raised at its omission.

Yes, St Conleth’s Park, Newbridge in the county of Kildare.

And while the headquarters of Kildare GAA would require some remedial work nevertheless it is an ideal location just a stone’s throw from the Big Smoke.

And just look at the various attractions for the visiting fans.

Newbridge Silverware; Kildare Village; Donnelly’s Hollow; Moore’s Well; the plains of the Curragh; not forgetting the Japanese Gardens, the National Stud and some of the best watering holes that can be found anywhere.

Of course a lot would depend on what month(s) these finals would be held.

I couldn’t see Sarsfields or Moorefield agreeing to postpone yet another meeting of these two clubs in the 2023 senior football decider to accommodate a game of rugby.

As for the necessary remedial work that would be required to get Conleth’s up to speed, well by then the four dressing rooms should already have been bet into two, but even if that had not occurred I’m sure the rugger boys would have no objection running up to the home of the aforementioned Sash and Moores.

Broadband may presently be a bit of a problem at Conleth’s, not a problem really - it just doesn’t exist, but surely by 2023 that would be rectified.

The press area could also pose problems; at the moment there is just about room for eight laptops and while we all know that those rugby heads can’t go around the corner without a lap top in front of them, nevertheless it does not seem like an unsurmountable problem.

The new stand, it is hoped, will be finished at St Conleth’s by then; the electronic scoreboard is already in place and with a bit of luck the PA system might also be brought up to scratch at that point.

The coffee and tea area may also need a bit of modernisation but another prefab could do the job there.

And remember there are many local connections with rugby in the county.

Sure Jamie Heaslip, even if he did not make the panel (sorry squad), could give the visiting countries and their fans a tour of Forenaughts and tell them, for him, this is where it all began. Young Carbery could lead a tour to Athy; Johne Murphy could head up a trip to Ellistown; Fionn Carr could bring them home to Ardclough and visit the Guinness burial ground at Bishopscourt, and that is only the tip of the iceberg.

Can you imagine all the former Newbridge College and Clongowes Wood blazers leading tours to their former alma maters?

Getting Conleth’s Park and Kildare involved in the Rugby World Cup of 2023 is definitely a no-brainer; just needs a bit of a push from whoever.

The biggest obstacle though could emanate from the Birds’ Nest.

Whether some of the diehards would agree to let the oval ball brigade the use of its facilities could be a major hurdle to cross. There are a few names that spring to mind in this regard but we’ll desist from identifying them.

Overall while, yes, definitely, there are some obstacles that would have to be overcome, I’m sure if the price was right, those obstacles could be cleared without too much fuss.

Time for a big push.

Time for a major heave.

Time to put the shoulder to the wheel.

Together we can get St Conleth’s Park over the line!