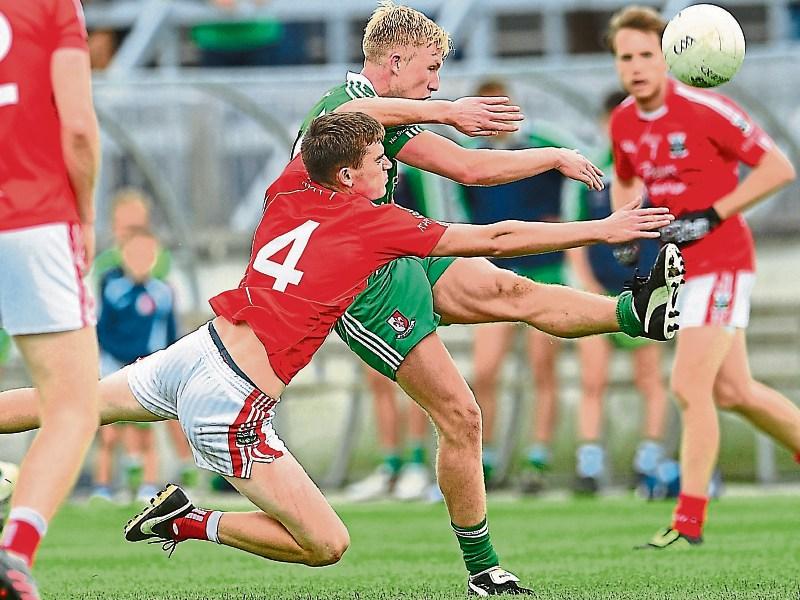 Ray Cahill often plays brilliantly for Sarsfields. This is a problem for him.

If he was never brilliant; if instead he was a grafting forward who ran around a lot, tackled plenty, gave loads of handpasses and finished most games with 0-1 to his name then he’d be judged far less harshly.

He’d be seen as a ‘rock of consistency’, a ‘real team player’, ‘selfless’, or any other adjective that is routinely used to big up your average, interchangeable plodder.

Fellas like Ray Cahill though — he can, and often does, shoot the lights out. Not just in regular games - on the big day too. In the drawn final of 2014 against Moorefield he scored 0-10 (0-3 from play) and ran the show.

In last season’s decider against Athy he was equally impressive, contributing 0-9 (0-3 from fress) and much more through his intelligent play.

But this isn’t good enough for many judges. You will often hear how Ray Cahill has a flaw. He doesn’t like tight marking, nor does he like when it’s really put up to him physically.

The trouble with perceptions is that they have a habit of replacing reality. But let’s try and stick to reality for now.

So Ray Cahill doesn’t play as well under very tight and aggressive marking.

Okay, so who does then? And who is always scores highly every time, regardless of how well their maker performs?

Diarmuid Connolly is the best forward in the game. He was in Lee Keegan’s pocket for the drawn All-Ireland final — and until Keegan got black carded the next day.

Colm Cooper was dominated by Philly McMahon in last year‘s final. We could fill the page with more examples of great players being kept subdued.

The dual is still a key element of modern Gaelic football. Sometimes you come up against somebody on a good day, or whose style suits yours, or you have a bad day — we’re dealing with human beings after all.

And, we should never forget that it is easier to be a back than a forward. Scoring is the hardest part of football. Creation is more challenging than destruction no matter what game you're playing.

Guys that can make it happen, on an even semi-regular basis, are to be cherished and developed.

there is a Formula One saying that "it’s easier to make a fast car reliable than a reliable car fast".

In places such as Kerry and Dublin, they get that. In Kildare I’m not so sure. More energy seems to go into trying to make reliable cars fast, or in convincing yourself that reliable cars can even go fast in the first place.

They would never think in Dublin that Connolly, or any flair player, has been ‘found out’ after a torrid match. Simply he was bettered on the day. So how do we learn? How do we improve?

Ray Cahill had a quiet day in the final replay of 2014. He was marked expertly by Ger Naughton. To some observers, that shows Cahill has a flaw and that’s the end of that.

I think this perception of him even carries over into county football. I'm not sure, perhaps he is not up to that highest level - but you have to try him in his best spot a decent few times before you decide that.

I don’t think he’s ever got a run in his preferred position. Yet lots of players who never stand out are given extended runs in the hope they come good eventually.

Any scoring, creative forward runs on confidence. Sarsfields believe in Cahill and he, in turn, thrives in that environment.

To my mind he doesn’t need a stellar performance this Sunday to show his worth, because he has done so already on big occasions.

But it would be really something if he made an emphatic statement, so much so that his class would not even be a matter for debate — and the need to give him an O’Byrne Cup/League run would be too obvious to overlook.