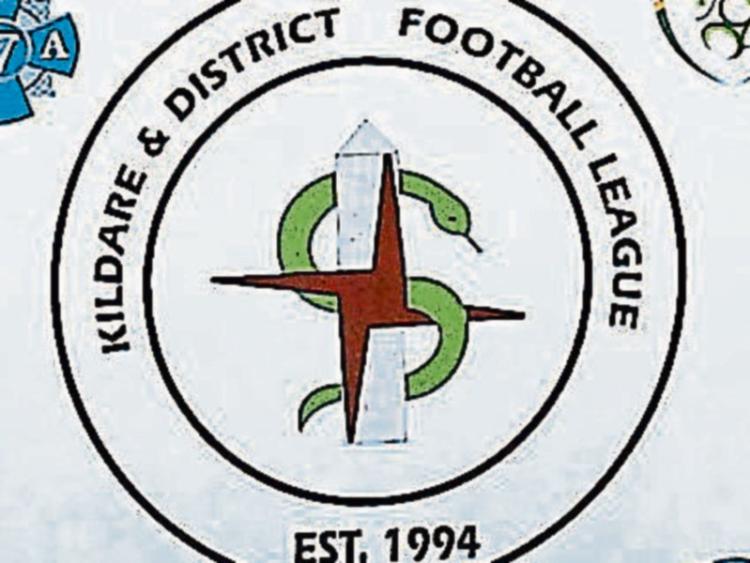 Woodstock Celts held their nerve to claim all three points in this do or die game in the KDFL CR Wynne Feeds Senior Division against Suncroft AFC who prior to the game were in with a chance of league glory.

Woodstock hand had dramatically dropped four points in the week previous and were eager to get their League challenge back on track. Despite a very entertaining first half the sides went in goalless at the break as they played a cat and mouse game, cancelling each other out.

That was all to change in the second half which saw an incredible six goals starting with the opener after eight minutes of the restart,

Woodstock taking the lead when Craig Dunphy lobbed keeper Ciaran Killaly from an acute angle. Three minutes later it was all square when Dylan Connolly equalised for the Croft from a free kick just outside the area which eluded keeper Michael Lawless to make it 1-1.

Woodstock were quick to react and edged ahead once more ten minutes later when Eddie Roycroft rifled home giving Kilally no chance and eight minutes later added a third from Jason Moriarty.

This seemed to knock the stuffing out of Suncroft, who were well in the game up to this point. Woodstock went on to add a fourth with twenty minutes remaining when Martin Brennan cooly slotted home following some great individual play. Suncroft did pull one back soon after through Ian Byrne but it was too little too late and Woodstock went on to claim all three points which sees them knocking on the door just four points behind Liffey with two games to play while Liffey’s remaining game against Castle Villa most likely proving a very important game.

Best for the winners were Eddie Roycroft and Sean Byrne in defence and Michael Walsh in midfield. Best for Suncroft were Ian Byrne and Dylan Connolly and their man of the match Cathal Mahon.

In the only other game in the Senior Division  Ballycane Cetlic travelled the short distance to Donore Park in Caragh looking to pick up three points following some poor performances of late.

Despite this the Naas side are still in with a chance at runners up spot in the league with two games remaining for them they stand joint third with local side Naas United.

The visitors started the brighter with Wayne Doyle and Chrissy Higgins dominating the middle of the park and they opened the scoring after fifteen minutes a long kick out from stand in keeper Kevin Higgins was flicked on by the impressive Doyle, the ball was picked up by Jamie Rogers and he powered home to put his side 1-0 up.

Caragh came back with wave after wave of attack and only for Higgins in the visiting goal the leaders could have found themselves behind.

Ballycane regrouped and doubled their advantage when some neat play from Nolan, Doyle and Chris Higgins found Jamie Rogers on the edge of the box and he made no mistake from close range for his side’s second.

The score remained 2-0 to the visitors to the break. The home side came out more determined in the second half but found it hard to penetrate the visiting defence. Ballycane returned to form and could have extended their lead but Rogers and Naoise Drewitt found themselves wanting in front of goal.

With then minutes remaining Caragh put the minimum between the sides with a well taken effort from Wayne Bowers.